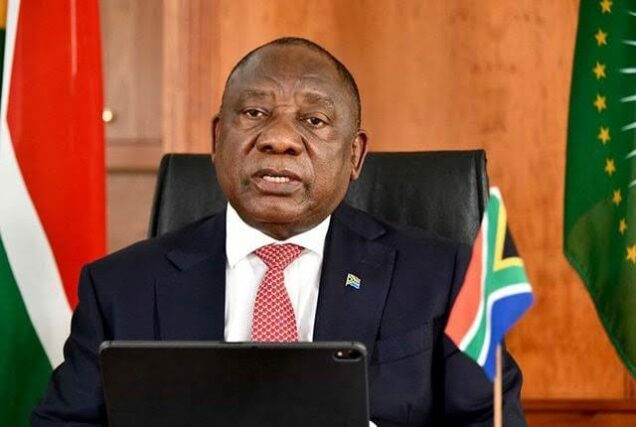 The ANC on Tuesday released the final list of nominees for its top six positions, among them party president, deputy president and secretary general for its powerful national executive committee (NEC) ahead of the national conference to be held between Dec. 16 and Dec. 20.

Whoever emerges as party president would become state president, should the ANC secure a majority in a general election due in 2024.

The ANC said 3,543 out of a total of 3,982 branches in good standing held meetings to select its top six candidates.

Ramaphosa, who replaced his predecessor Jacob Zuma as state president in 2018 by pledging to overcome rampant state corruption, got 2,037 votes from branches but can still face challengers nominated from the floor, officials said.

Kgalema Motlanthe, the ANC electoral head told a media briefing that “as you know at a conference there will be an opportunity for delegates to nominate from the floor, of course, any candidate that musters 25 per cent of voting delegates will then also be included on the ballot paper.’’

According to the ANC, Ramaphosa comfortably beat Zweli Mkhize, the former health minister who resigned after being implicated in corruption allegations linked to departmental work during the COVID-19 pandemic. Mkhize has denied any wrongdoing.

A union leader turned businessman, Ramaphosa is widely viewed as the ANC’s best chance to improve its performance at the 2024 general elections.

He is also viewed as a man who will arrest a decline in electoral support that sank below 50 per cent in 2021 municipal polls for the first time since South Africa’s first democratic elections in 1994. (Reuter/NAN)(www.nannews.ng)