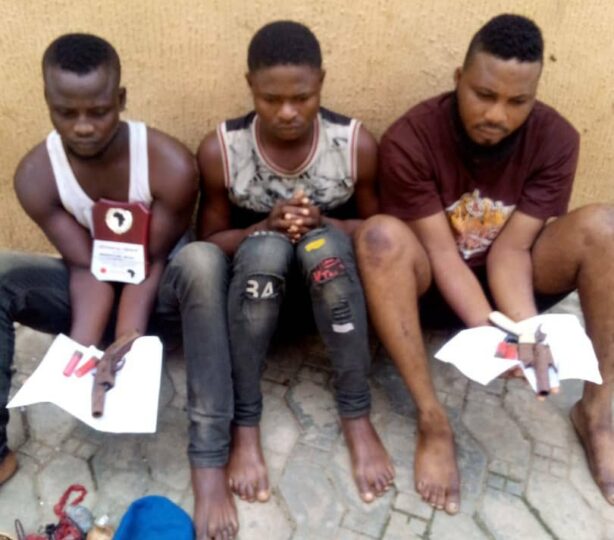 Three Unemployed men were on Wednesday docked in an Upper Area Court, in Karu, Abuja for allegedly being in possession of firearms and belonging to an unlawful society.

The police charged Okosun Pascal, Destiny Uhomogiwan and Bello Sunday with being in possession of illegal firearms and belonging to an unlawful society.

The Prosecution Counsel, Mr O.O Olayemi, told the court that during a police investigation, the defendants confessed to belonging to an unlawful society.

The defendants, however, pleaded not guilty to the offence.

The offence, he said, contravened the provisions of sections 97 and 97B of the penal code.

The Judge, Malam Hassan Mohammed, admitted the defendants to bail in the sum of N200, 000 each with one surety each in like sum.

Mohammed ordered that the surety must be residing within the jurisdiction of the court, the address must be verified by a court officer and the National ID card kept in court.

He adjourned the case until Dec. 12 for further hearing.