'I swear to God, I will do it'- Atiku vows to fulfill promise on restructuring if elected 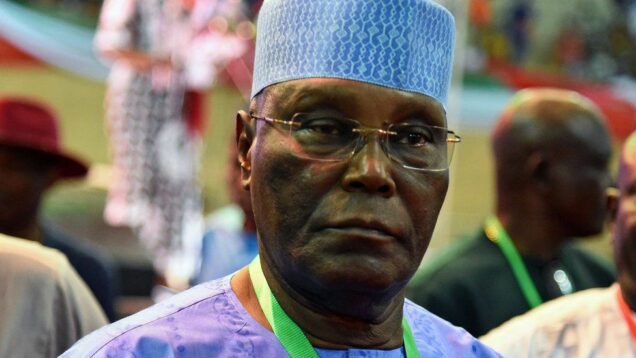 Atiku Abubakar, the presidential candidate of Peoples Democratic Party (PDP) vowed that he will carry out the restructuring of the country if elected into power in 2023.

Atiku, also a former Nigeria’s Vice President spoke at a meeting with the leadership of the Christian Association of Nigeria (CAN) in Nigeria.

He discussed his plans for restructuring of Nigeria, enhancing the economy, and how he will tackle the multifaceted security challenges confronting the country at the meeting.

Atiku promised that if he is elected into government in 2023, he would deliver on his promise of restructuring in accordance with one of the demands contained in the charter of CAN presented to him at the Forum.

He noted that though the Buhari administration promised to restructure Nigeria, it has failed to deliver on the promise, but his case will be different if elected into office in 2023.

“There is a difference between the government that ran this country from 1999 to 2015 and the government that has been running this country since 2015 to date. They promised restructuring, but did they restructure? They told Nigerians what Nigerians wanted to hear, and did a different thing, when they got the opportunity. PDP never behaved like that.

“Brothers and sisters, I am here to tell you the truth, what you have presented to us is what I have always believed in and if I have the opportunity, I swear to God, I will do it.”

Atiku told the CAN leadership that if elected, he would tackle insecurity by recruiting more personnel into Nigeria Police Force with provision of proper equipment.

He added that while there is the need for constitutional reform to allow for multilevel policing, his administration will start with massive recruitment that will significantly increased the size of security personnel available to protect Nigerians.

“Let’s say, you bring half a million unemployed young men into the police, train them well, equip them well, that is bound to have an impact as far as this insecurity atmosphere is concerned.

He also said that there is the need for judicial reform and review of salaries of judges and judiciary workers.

“We will attempt as much as possible to have a judicial reform that will improve dispensation of justice and also the welfare of judges. At the moment, it is very, very inadequate, and very disappointing and that’s why we have all types of allegations.”

On the issue of indigeneship, Atiku he promised to ensure its removal from the constitution.

He said, “I am in support of the removal of the provision of indigeneship in our constitution. Once you reside in any part of this country, and you pay your taxes, you should be entitled to indigenisation.

He promised to ensure proper funding of education and tackle youth unemployment.