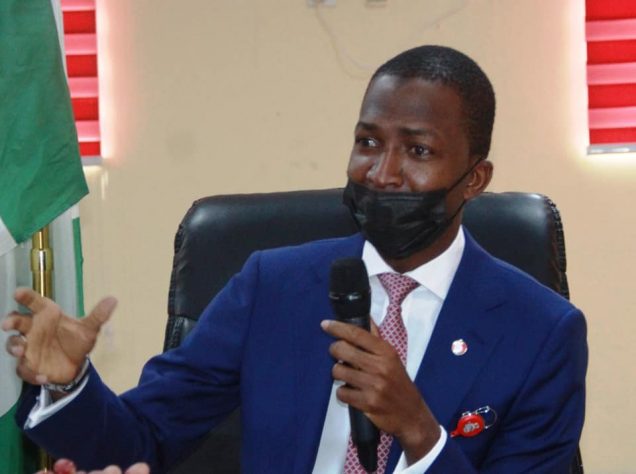 The Economic and Financial Crimes Commission, EFCC, said it has secured 3,328 convictions in eleven months spanning January 18, 2022 and November 2022.

Executive Chairman of EFCC, AbdulRasheed Bawa who disclosed this at a workshop on ‘Financial Crimes Reporting for Journalists’ in Port Harcourt on Tuesday added that the number of convictions will rise because there are some cases expected to be concluded in the remaining five weeks of this year.

The EFCC boss who was represented by the Port Harcourt Zonal Commander of the Commission, Assistant Commander of the EFCC, ACE Nwanneka Nwokike also noted that some days ago the Commission got the forfeiture of N755 million through the Court from a former Accountant-General of the federation, and three luxury properties worth millions of naira recovered from Colonel Bello Fadile rtd, former aide to the former National Security Adviser, Colonel Sambo Dasuki.

The anti-graft agency also secured interim forfeiture of 40 assets of the former Senate President Senator Ike Ekweremadu which were discovered in Nigeria, United States of America, London and Dubai.

Bawa also disclosed that EFCC is working in close collaboration with the Independent National Electoral Commission, INEC, and other stakeholders to preserve the integrity of the electoral process ahead of the 2023 elections.

The agency said it will also ensure that the Electoral Act is fully enforced and those who seek to influence voters through financial inducement are brought to justice.

Speaking on the challenges of prosecuting Economic and Financial Crimes, Deputy Director Legal and Prosecution, Anselm Ozioko, represented by prosecution counsel, S.M.H. Ibekute of the Legal Department Port Harcourt office said that in some quarters the agency expects cooperation in the prosecution of financial crimes what it gets in some cases is sabotage.

Some other challenges faced include: the tampering with prosecution witnesses, threatening witnesses, financial constraints, transferring of Judges,some lacunae(loopholes in the law) among others.

On the rise in financial crimes in Nigeria, Head of Cyber crime department, Buhari Nuru Dalhatu traced it 2009 when the early pioneer cyber criminals lived opulence and new generation look up to them as role models.

He also said that advancement in cyber-technology, the use of computer devices or network phones.

Dalhatu stated the cyber criminals are threats to the economy of any nation as they target Government agencies, businesses(banks), Military and individuals.

On the best practices in reporting financial crimes, the Dele Oyewale challenged the media to do more of investigative Journalism in exposing corruption in society.

Wilson Uwujaren, the spokesman for anti-graft agency said the aim of the interaction with the media is to engage practitioners who are critical stakeholders in the fight against corruption.

He advised journalists to strive to hold the ethics of the profession which make anti-graft and Security agencies to build confidence in them in the discharge of their duties.