What we learnt from Argentina's opening game defeat 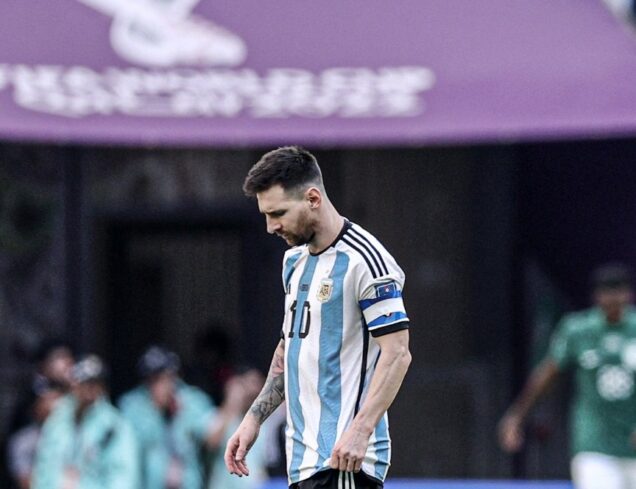 Argentina began their FIFA World Cup as one of the huge favourites for the tournament with only South American rivals Brazil being preferred by most bookmakers to go on to win the trophy in December.

But on matchday one, the Argentines suffered a shock defeat to Saudi Arabia, as the side from the Arab Gulf inflicted a damaging 2-1 comeback win on Messi’s team, which they were unable to recover from.

MESSI SCORES HIS FIRST GOAL OF THE WORLD CUP 🏆 pic.twitter.com/1u1jmTGHni

They have plenty of time to make things right but the result has a strong chance of having huge implications on Argentina’s path to the final and the overall tournament consequently.

In the World Cup odds, they are still one of the strong favourites and are expected to turn their form around. but today shows there are no guarantees.

They have slipped to fourth favourites behind England and France at +850. England started their campaign well by beating Iran heavily in a 6-2 victory and are now fancied to win the World Cup over Messi’s Argentina.

Argentina’s defeat has perhaps given them an early warning that there are no certainties at this stage of international football and that every fixture will be an all-out war as the teams fight for the three points.

Although they have begun poorly the warning has certainly come at an ideal time, Argentina must respond quickly and must relieve themselves of any complacency.

No team will roll over for the International giants due to the aura of Lionel Messi; games are won and lost by performances on the pitch.

The result could even happen to become a blessing in disguise if Argentina can learn to have more patience in their play as they look to carve out openings against sides that sit deep against them. Their quality is undeniable and certainly may have shone through in the opening game if they remained compact off the ball and did not press recklessly leaving gaps in the midfield areas.

The likes of Rodrigo de Paul and Leandro Paredes seemed to be seeking possession of the ball with desperation as they departed from their holding midfield positions leaving acres of space behind them that led to Saudi Arabia’s goals.

Overall Argentina looked like a side filled with panic when not in possession of the ball and that will need to be resolved quickly if they are to compete with some of the top nations with the greatest quality on the ball.

Argentina’s struggled to have control in the midfield as Saudi Arabia bravely pressed high and allowed the South Americans little time on the ball.

Argentina essentially deployed three box-to-box midfielders which meant they had plenty of energy but they lacked cover off the ball to defend the Saudi counterattacks.

This could provoke a change in the system with the Argentines evidently in dire need of an anchor man to provide much-needed security in transitions, which will especially be needed against the stronger nations at the tournament.

Guido Rodriguez who has been linked with Liverpool missed out on the opening game through illness but he will surely be a necessity for the remainder of the tournament as he has been in stunning form for Real Betis in La Liga this season.

Argentina are of course still one of the main favourites to be world champions next month, but the opening game presented a huge warning sign and a clear blueprint of how to defeat Messi’s side.