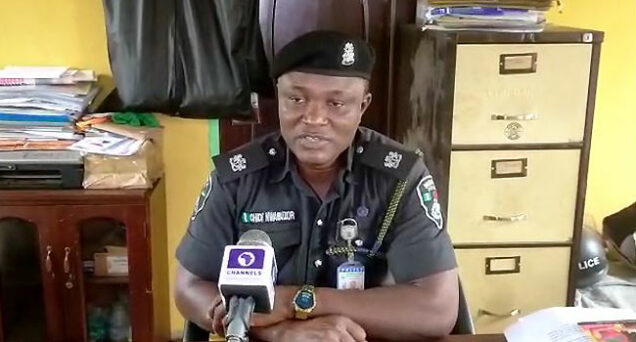 The victims are among passengers of two Toyota Costal buses used in traveling from Benue state to Ilorin, capital of Kwara state, for a wedding ceremony.

A statement signed by the spokesman of Edo police command, SP Chidi Nwabuzor, explained that the victims who were on their way to a wedding ceremony, were abducted on Thursday 24, November, 2022 at about 4 pm, along Lagos–Abuja Road, by Ikeran Oke, Ibillo, in Akoko–Edo Local Government Area of Edo State.

Nine of the victims were rescued on the same day of the incident, while five others were rescued in the early hours of the following day (Friday).

The statement added that unspecified number of other victims still remain in the custody of their abductors.

“The Command at about 1715hrs of date through the Divisional Police Officer (DPO) Ibillo Division, received the information that hoodlums who were operating at the aforementioned location under Ibillo Divisional Police Headquarters in Edo State, attacked and kidnapped the passengers of two Costal Buses who were travelling from Benue State to Ilorin, Kwara State for a wedding ceremony, but en route through Ibillo town in Edo State.

“Immediately, the DPO mobilized patrol team, the Army personnel, Edo State Security Network personnel and the local hunters to the bush which resulted to rescue of nine (9) victims while unspecified number are still missing.

“Early hours of today, Friday 25th November, 2022. Five (5) other passengers (victims) were rescued inside the bush as the DPO and the security men embarked on aggressive bush combing operations for possible rescue of all the passengers,” the statement said.

Meanwhile, the Commissioner Of Police Edo State Command, CP Mohammed Dankwara, has vowed to stop at nothing to see that all the kidnap victims are rescued and be united with their families and loved ones.

To that end, he has given the DPO a marching order to work with the Command’s tactical teams to ensure that they are released unhurt, even as he advised the families and loved ones of the kidnap victims to remain calm.