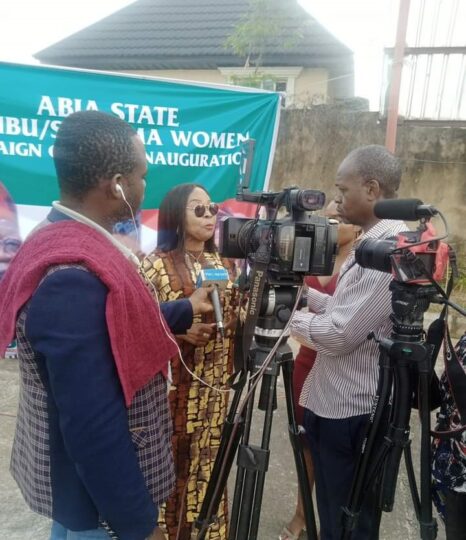 Former member of National Assembly, Senator Nkechi Nwaogu, has declared that Bola Ahmed Tinubu, the candidate of All Progressives Congress, APC will emerge Nigeria’s next president through the 2023 election.

Nwaogu therefore advised the women to campaign and work for the emergence of Tinubu as Nigeria’s next president.

She maintained that Tinubu is going to emerge victorious and advised the women to vote for Tinubu come February 25th 2023.

According to Nwaogu, a two time Senator and former House of Representatives member, a political party without structure can never win an election.

While commending women who came out in the numbers for the inauguration of the Campaign organisation, she urged them not to pay cognizance to whatever anyone is saying on the social media.

She said the major reason the presidential candidate of the APC is been criticized unjustly is because he is the candidate to beat.

While eulogizing the astute qualities of Bola Tinubu, she said that he is not nepotistic and said is on record that he appointed all the ethnic groups in his administration when he served diligently as the Lagos State Governor.

Nwaogu said that with her experience over the years in Politics reaffirmed that Tinubu is the incoming President of the Federal Republic of Nigeria.