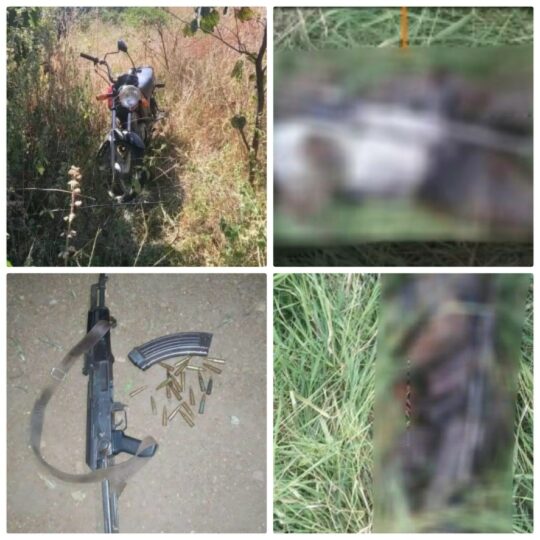 This was conveyed in operational feedback to the Kaduna State Government.

The troops made contact and pursued the fleeing terrorists. Two bandits were neutralized during the engagement, while credible human intelligence sources revealed that two others died from gunshot wounds.

Credible sources in the general area reported that two of the four neutralized have been identified as Dogo Mallam and Bello Mallam.

The troops recovered one AK47 rifle, one magazine with 22 rounds of ammunition, and one motorcycle.

Receiving the report, Governor Nasir El-Rufai expressed satisfaction at the report and praised the troops for their resilience and courage in the latest success.