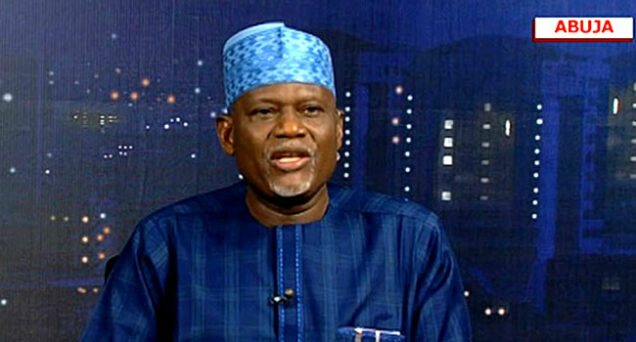 Stakeholders of the New Nigeria Peoples Party (NNPP) in Kaduna State, have threatened to take legal action to compel the party to drop Malam Suleiman Hunkuyi, as its governorship candidate for 2023.

The stakeholders had on Sunday staged a protest at the party’s secretariat, urging the NNPP to drop Hunkuyi as its candidate for the 2023 general election.

A spokesperson for the group, Malam Ibrahim Murtala, said that they have started compiling signatures from stakeholders, in preparations for legal action against the party.

“ We insist that Hunkuyi must step aside as an option or we will be forced to obtain a court injunction to stop him from contesting,’’ he said.

Murtala said that the group has sufficient evidence to show that the governorship candidate was not committed to the course of the party.

“ We can’t afford to lose the election in the state, because of a mistake in fielding the wrong candidate for the election.

“We have written several letters to state party executives apart from verbal complaints but we are yet to get a response. the

“ Therefore, we have no option than to go to court for justice, we can’t afford to sacrifice the hard work and dedication of the teeming supporters of our party because of some selfish interest,’’ he said.

Speaking on the issue, Mr Ben Kure, the state NNPP Chairman, said that the party was working toward resolving the issue.

“We are indeed having some concerns over our ability to win the 2023 governorship election, this is largely traceable to the governorship candidate himself, ” he said.

Kure said that some chieftains of the party, were not happy with the emergence of the party’s candidate for the 2023 poll.

“So, whoever feels that this is wrong can challenge it in court, every member of the party has right to challenge any decision,’’ he said.

Kure said that the choice of Hunkuyi was circumstantial as it was done in a haste.

“Let me tell you that the only way to succeed in the governorship election is to get a substitution, we cant afford to face the election the way things are now in the state.

“The NNPP is accepted by majority of the people in the state but the problem of factionalisation is trying to affect our strength.

“ Honestly, Hunkuyi has shown that he is not ready for the governorship contest right from the beginning, although he won the confidence of Kwankwaso and other national leaders.

“ I wonder how a candidate can win election while fighting other candidates and executives of the party,’’ he said.

He said that the party had lost most of its members because of the governorship candidate.

“Let assure you that the electorate will vote massively for our party especially at the presidential election, but we need to tidy up if we are still interested in capturing Kaduna from APC,” he said.

Reacting, Hunkuyi denied having any problem with the stakeholders.

“I don’t have problem with anybody, ” he said.