'Why Tinubu deserves votes of Northerners' 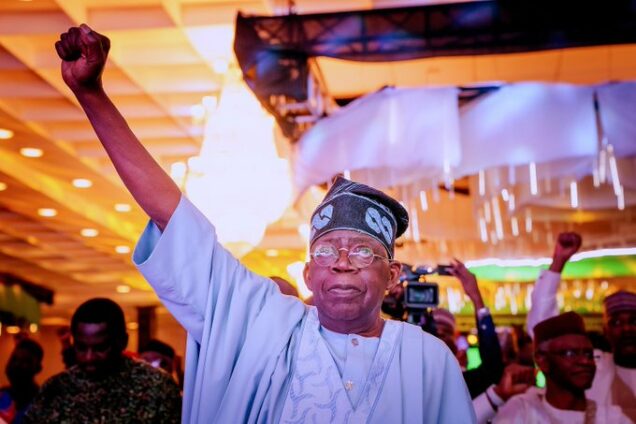 The presidential candidate of All Progressives Congress, APC, Bola Tinubu is a strong believer in the Nigerian project, who supported ambitions of Northerners like Atiku Abubakar, Nuhu Ribadu and President Muhammadu Buhari in the past, and therefore deserves full support of the North, a chieftain of the party, Muhammad Molash has said.

Molash who is the spokesperson of North West Presidential Campaign Council of APC said this in a statement on Sunday.

He issued the statement in reaction to call by some members of Northern Elders Forum that Northerners should not vote for Southerners in the 2023 presidential election.

He also urged the elders to promote national unity and integration as the country heads to the 2023 general election.

According to him, it is against the letter and spirit of the Constitution to discriminate on the grounds of place, origin, sex, religion, state, ethnic or linguistic associations or ties of any Nigerian.

“Tinubu had equally demonstrated the highest level of patriotism in 2015, by sacrificing his Vice Presidential ambition for the unity of the country.

“The APC presidential ticket of Tinubu/Shettima is merely coincidental, not out of any desire to suppress particular set of people.

“The North West APC Presidential campaign council is therefore calling on Northerners to disregard the antics of these elders, who hide behind a bogus Northern agenda to promote their individual and self-serving interests,” he added.

According to him, Tinubu’s candidature was made possible by the overwhelming support he got from APC Northern governors, who appreciated and acknowledged his democratic credentials.

Molash, therefore, said Nigerians should vote for trusted, competent and reliable leaders, regardless of their state of origin in the 2023 general elections. (NAN)