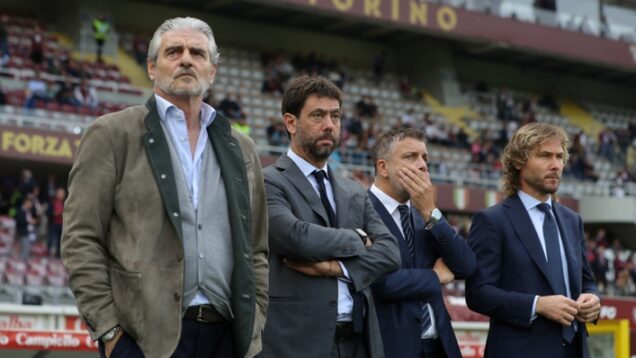 Juventus chairman Andrea Agnelli and the entirety of the club’s board have resigned abruptly, it has been confirmed.

The Bianconeri will see a major shakeup in management after confirmation that a shareholders’ meeting scheduled for last week has been postponed to next month.

Alongside Agnelli, who has been in charge of the club since 2010, vice-president Pavel Nedved and managing director Maurizio Arrivabene are also among those who have quit.

Arrivabene will remain as the club’s chief executive officer to oversee the introduction of a new board, which will be confirmed in January.

The collective resignation comes after Juventus’ financial statements underwent scrutiny by prosecutors and Italian market regulator Consob in recent months for alleged false accounting and market manipulation. They have denied any wrongdoing.

In a statement from the club, Juventus confirmed the board’s decision to resign had come in the wake of advice following the issues raised by Consob, and auditor Deloitte.

“The members of the Board of Directors, considering the centrality and relevance of the pending legal and technical-accounting issues, have deemed it in the best social interest to recommend that Juventus adopt a new Board of Directors to address these issues,” it read.

“To this end, on the proposal of the chairman Andrea Agnelli, all the members of the Board of Directors present at the meeting declared that they resigned from their office.

“The Board has requested Maurizio Arrivabene to maintain the position of Chief Executive Officer.”

The announcement seemingly ends a decades-long relationship with the club for Agnelli, who was the fourth member of his family to serve as chairman.

Juventus are currently third in Serie A, but missed out on progressing to the knockout round of the Champions League, instead dropping into the Europa League this season.