Attacks on our offices will not stop 2023 election - INEC Chairman 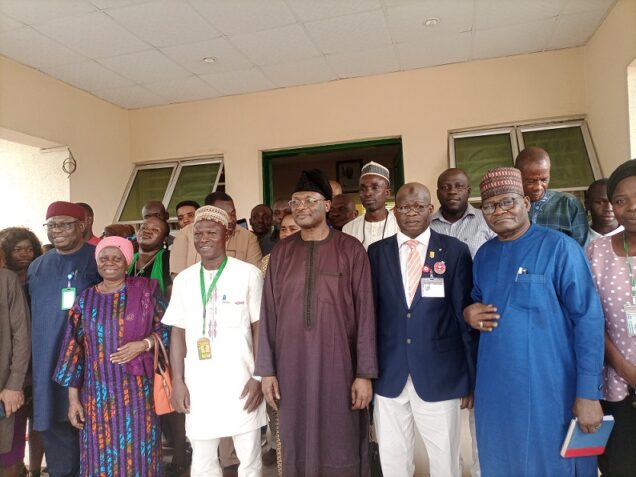 The National Chairman of Independent National Electoral Commission (INEC) Prof Yakubu Mahmood has assured the people of Ogun state most especially those in Abeokuta South of credible election despite recent burning of the commission’s office in the area.

Prof Mahmood gave the assistance during a courtesy visit to the new INEC office which is now at Okelewo area of the town.

While speaking with newsmen in Abeokuta, the INEC boss assured that election is going to hold in Abeokuta South and it’s going to be credible, free and fair.

He said it is the obligation of the commission to ensure all is well during election.

He said the commission is going to replace all materials and equipment that were lost during the attack.

“The purpose of our visit to this office is to further access the extent of damage, to meet our own staff, particularly in the place where they have relocated to in Oke-Ilewo, to boost their morale and to assure the people of Abeokuta South that in spite of this unfortunate incident, elections will hold in Abeokuta South in 2023.

“Whatever materials we have lost, the commission is making efforts to replace the materials. We lost 65,699 PVCs, we want to assure all those that have not collected their PVCs who may have been affected that we are making plans to reprint the PVCs quickly and to bring them back to Abeokuta South for people to collect and vote.

“It is very disappointing, particularly because in that last four months five of our offices were attacked nationwide, but this will never deter us, we will make sure that we replace burnt and destroyed equipment and also reprint the PVCs and conduct elections.”

He, however, call stakeholders in the state to have confident in the commission.

“My message to stakeholders, political parties, Civil Society Organisations (CSOs), security agencies and even people like you in the media is to remain confident that elections will hold in spite of this very temporary setback,” he said.