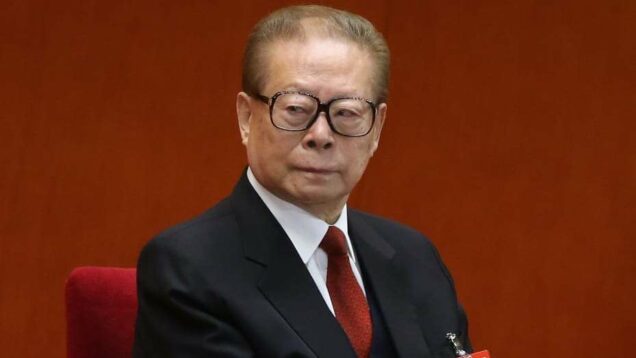 Former President of the Peoples’ Republic of China Jiang Zemin who died at 96.

Former President of the People’s Republic of China, Jiang Zemin, has reportedly passed away at age 96.

Reliable sources announced via letters that Jiang died in Shanghai on Wednesday, Nov. 30 at about 12:13 p.m.

It was announced in a letter addressing the whole Party, the entire military, and the Chinese people of all ethnic groups.

The letter quoted all the groups as condoling with the whole party, the entire military, and the Chinese people of all ethnic groups over the passing of “our beloved Comrade Jiang Zemin” who died of leukaemia and multiple organ failure after all medical treatments had failed.

The letter said that Jiang was an outstanding leader who enjoyed high prestige and was acknowledged by the whole Party, the entire military, and the Chinese people of all ethnic groups.

It described him as a great Marxist, a great proletarian revolutionary, a statesman, a military strategist, a diplomat, a long-tested communist fighter, and an outstanding leader of the great cause of socialism with Chinese characteristics.

It added that Jiang was the core of the CPC’s third generation of central collective leadership and the principal founder of the Theory of Three Represents.