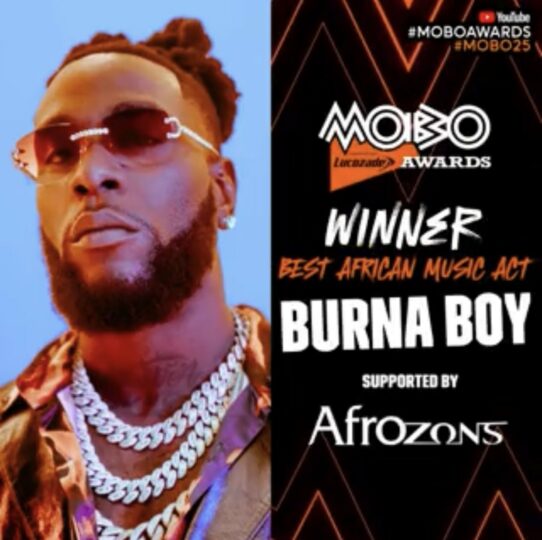 The ceremony, held at Wembley arena, celebrated world artistes for their singing and writing skills.

Reacting to his new wins, Burna tweeted; “Thank you so much @MOBOAwards for the Two Awards, Best International Act 2022 & Best African Music Act 2022”.

“Sorry I couldn’t be there. Truly Grateful. Thank you to all my fans and those that voted.”