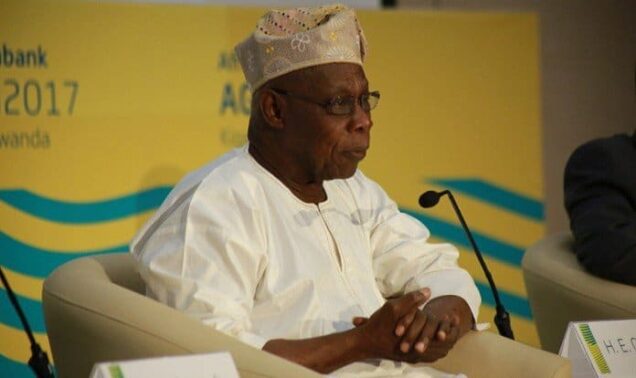 Former President, Chief Olusegun Obasanjo has recalled how temptations to merge the Federal Road Special Corps (FRSC) with other organizations were resisted by him, while he served as civilian President between 1999 and 2007.

The organization was established by former Military President, Gen. Ibrahim Babangida in 1988, after which Obasanjo came as Civilian President in 1999.

In a statement by his Special Assistant on Media, Kehinde Akinyemi on Friday, Obasanjo disclosed that he had temptations to merge the organization with other agencies while he was in Office.

The former President who played host to the Corps delegation, led by Deputy Corp Marshall, Susan Akenge in his Olusegun Obasanjo Presidential Library (OOPL) Penthouse residence, commended the Corps for keeping sanity on the country’s roads despite the increasing population and the economy.

According to Obasanjo: “One thing you have to accept is that with the growing population, which is increasing on daily basis or even on hourly basis you to manage both the driver (who may not be in the best frame of mind when going out from home in the morning) and the car, which may not be in best condition that a car should be.

“When I was in government, I resisted that temptation to merge you with other agencies and I don’t know if others will still come and merge you with others, but I hope they will not, because your responsibility is getting larger and larger by the day, rather than merge you they should ensure to continue to enhance your professional capacity in order to bring the best out of what you are doing now.”

Earlier, Akenge said she was on the courtesy call with message of appreciation from the Corps headquarters for the tremendous support the former President gave for the survival of the corps.

“On behalf of the Headquarters of the FRSC, the Zonal Headquarters and the Special Marshall, I have come to appreciate you and thank you Sir. It is our prayer that may God grant you longer life to reap the fruit of your labour, ” she said.