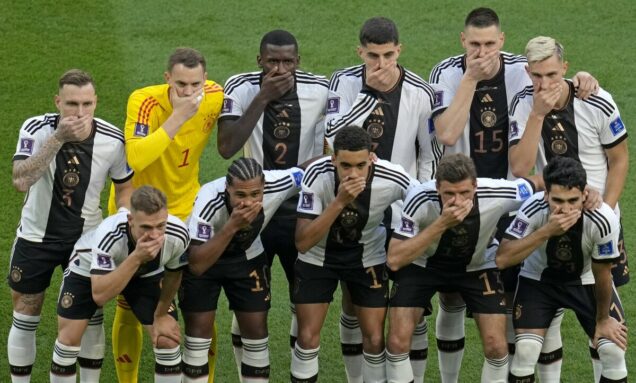 Former World Cup winner Philipp Lahm says Germany needs to reinvent itself after a dismal World Cup campaign where they were dumped out in the group stage.

Despite a 4-2 victory in their final Group E match against Costa Rica, Hansi Flick’s side exited Qatar 2022 after Japan beat Spain, ensuring both qualified instead for the last 16.

It marks the second successive World Cup since Lahm guided them to victory at Brazil 2014 where Germany have failed to reach the knockout stage.

Reflecting on their exit, the former Bayern Munich man did not doubt his nation’s spirit, but pinned a lack of game management and intelligence upon them as the key to their downfall.

“In all three group matches Germany showed passion, commitment, and aggression,” he wrote in The Guardian. “The opponents sensed there were players with quality.

“But there was a lack of strategy and order; it was never clear who would take on which role. Hansi Flick’s team were not organized in Qatar.”

Lahm pointed to Argentina, another side that struggled after a shock loss to Saudi Arabia, and how they ensured a rigid formation to claw their way back into the tournament.

“Even in that defeat, you could see that Lionel Scaloni’s team were dominant because they were organised,” he added. “They then locked Mexico and Poland in their half at some point to score goals.

“The superior boxer sets up the knockout. Germany were not able to do that. They failed to control the game. To control a game you have to develop play from the defence and from the centre. That is a law of football.

“Football is all about the details. A team can only solve risk management problems together, in coordination with each other. Argentina are strong at it.

“Germany lack the structure to do this or to play a game that suffocates the opponent, which inevitably results in conceding goals.

“It will be a challenging task to form a team with a view to the European Championship at home in a year-and-a-half. Germany must reinvent themselves.”