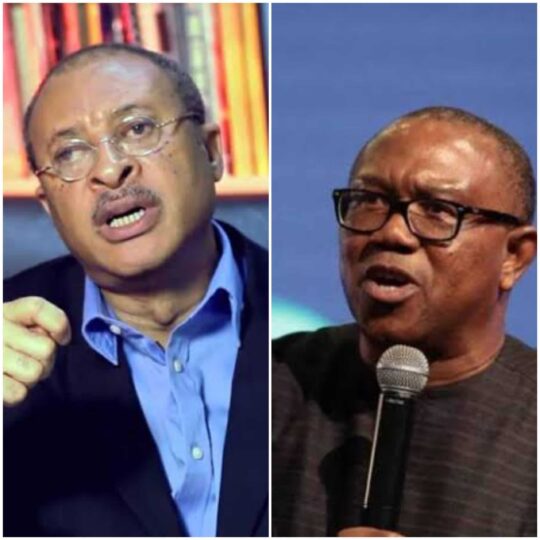 Pat Utomi, a professor of political economy, believes the presidential candidate of the Labour Party, Peter Obi, has better structures to win the 2023 presidential election than Bola Tinubu and Atiku Abubakar.

Utomi expressed his confidence when he spoke in Abuja on Friday during a town hall meeting organized by the BIG-TENT, a coalition of political parties, social movements, and civil society organizations (CSOs), in support of Obi’s presidential ambition.

According to him, Obi is currently backed by two former heads of state.

Utomi, who is the convener of the coalition, said: “Money alone doesn’t win elections. Two former heads of state have said to me they are Obidients. A lot of people want to join the movement without joining the Labour Party to ensure that Obi and Baba-Ahmed win to capture our country back from those who have held us down.

“The LP has better structures than the Peoples Democratic Party and the All Progressives Congress. When people talk about structures, I kind of laugh because they don’t understand the meaning of structure.

“The structure is a criminal network of people who can fix elections, and we have to stop that; that’s not structure.

“We at the BIG-TENT have worked at developing real structures and they are going to be shocked at what they will see.

“Many of the Peter Obi support groups have structures on their own that can win these elections. At every poll during the election day, we will have 20 people who belong to these structures.