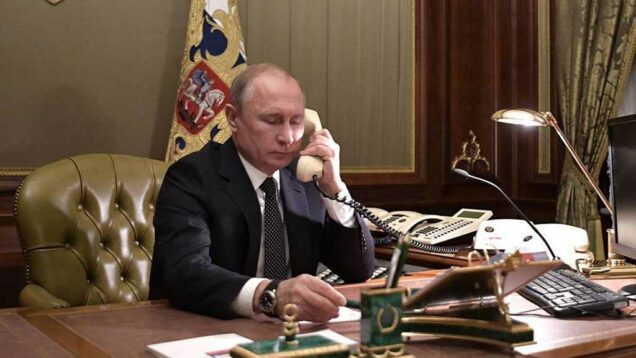 Britain’s National Crime Agency (NCA) said on Saturday it had arrested a “wealthy Russian businessman” on suspicion of money laundering and other offenses as part of a crackdown on corrupt oligarchs.

The NCA said the 58-year-old was among three men arrested by officers from the Combatting Kleptocracy Cell (CKC) on Thursday at a “multi-million-pound residence” in London.

The Russian embassy in London has demanded information from Britain’s Foreign Office on the reasons and circumstances of the detention of the unidentified businessman and the conditions in which he was being held, Russian news agencies said.

The man was detained on suspicion of money laundering, conspiracy to defraud the Home Office (interior ministry), and conspiracy to commit perjury, the NCA said.

A 35-year-old man was arrested at the premises after he was seen leaving with a bag that contained thousands of pounds in cash. A former boyfriend, 39, of the businessman’s partner was also arrested at the property, police said. All three have been released on police bail.

NCA Director General Graeme Biggar said the CKC, which was set up earlier this year to tackle attempts to evade sanctions and to disrupt corrupt elites, was having a significant impact on oligarchs’ criminal activity, the professional service providers that supported them and those linked to the Russian government.

“We will continue to use all the powers and tactics available to us to disrupt this threat,” Biggar said in a statement.

The NCA said it had so far secured nearly 100 “disruptions” – described as actions that demonstrably removed or reduced a criminal threat – against elites linked to President Vladimir Putin and their enablers.

These included a number of asset-freezing orders on accounts held by people linked to sanctioned Russians.

Britain has so far sanctioned more than 1,200 individuals and over 120 entities following the Russian invasion of Ukraine.