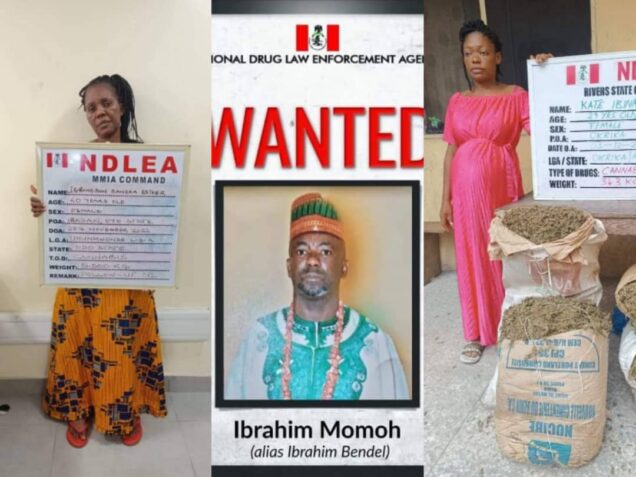 Bendel had escaped from prison custody to return to his criminal trade.

The NDLEA operatives a few days ago stormed his warehouse in Abuja and recovered 81 jumbo bags of cannabis weighing 1,278kgs.

This is revealed in the report published on the official Facebook page of the agency, signed by Director, Media and Advocacy NDLEA Headquarters, Abuja, Mr Femi Babafemi on Sunday.

“Though the fleeing drug dealer is still at large and is wanted by the Agency, his warehouse keeper, 55-year-old Ghanaian, Richard Forson Gordon was arrested.

“Ibrahim Momoh was first arrested on 27th November 2014 with the same substance weighing 385.1kgs, prosecuted, convicted and sentenced to seven and a half years in prison on 22nd of April, 2020 but escaped from jail after three months.

“Meanwhile, no fewer than 2,000 bottles of codeine-based syrup were seized in a commercial bus by operatives on Friday 2nd December along Lokoja – Abuja expressway”, the agency revealed.