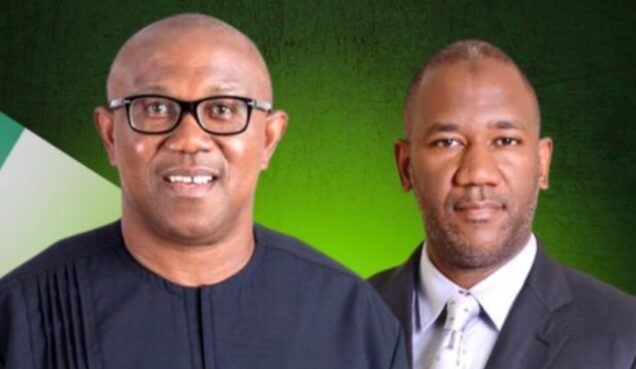 The Vice-Presidential Candidate of the Labour Party (LP) Datti Baba-Ahmed said his principal, Peter Obi is now well accepted among the people of Northern Nigeria as he has demolished all roadblocks in the region for him.

Some analysts have therefore predicted that Obi’s lack of popularity and acceptance among voters in the North be the biggest headache r him in his desire to become Nigeria’s next president.

But speaking to Channels Television, Baba-Ahmed who is from Kaduna in North west Nigeria said he has demolished all the roadblocks mounted on the path of Obi in the northern part of the country.

He claimed that the Labour Party presidential candidate is now well-received by youths and other demographical brackets in the region.

Speaking further, Baba-Ahmed said the ruling All Progressives Congress, APC and the Peoples Democratic Party (PDP) cannot stand toe to toe with the Labour Party in the country at the moment.

He also claimed that President Buhari is not bothered about the presidential ambition of the APC candidate, Bola Tinubu.

“At the UNGA (United Nations General Assembly), he (Buhari) says the only legacy he can leave is a credible election. Now, this is a heartbreak for APC,” said Baba-Ahmed, the running mate to LP presidential candidate, Peter Obi.

“Who made Buhari after Almighty Allah? Tinubu. All the failed attempts (of Buhari), Tinubu came and added millions of votes and make Buhari.

However,contrary to the claim f Baba-Ahmed, PM NEWS can report that President Buhari had at various times declared his support for the candidacy of Tinubu.

He had also urged other party members to ensure that Tinubu is elected as his successor in 2023.

President Buhari was also president when the APC presidential candidate launched his campaign in Jos, Plateau State some weeks ago.