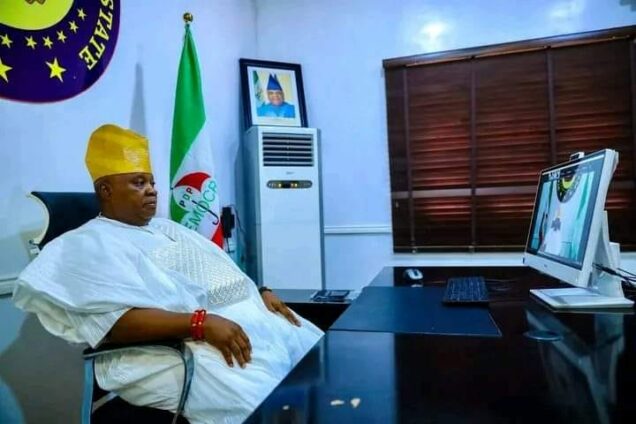 Governor Ademola Adeleke of Osun has appointed Mr. Samuel Aina as the new Head of Service.

This is contained in a statement by Adeleke’s Spokesperson, Malam Olawale Rasheed, on Tuesday in Osogbo.

Aina attended the University of Ibadan, where he obtained B.Sc.and M.Sc degrees in Geography.

He was appointed a Permanent Secretary in Osun State in 2012 and was deployed to the Ministry of Finance, Economic Planning, and Budget where he served until 2013.

Aina was later deployed to serve as the Permanent Secretary of the new Ministry of Finance following the creation of the Office of Budget and Economic Development from the former Ministry in 2013.

He served in the Ministry of Finance until 2016.

Aina was later deployed as Permanent Secretary in charge of two critical Agencies – the Ministry of Human Resources and Capacity Building and the Public Service Office in the Office of the Head of Service, Osun State in 2016.
He has been coordinating the affairs of the two agencies since 2016 to date.

Adeleke also approved the appointment of Kazeem Akinleye as his Chief of Staff and Teslim Igbalaye as the Secretary to the State Government.

Adeleke, who was sworn in on Nov. 27, froze all government accounts and also reversed the state’s name from the State of Osun to Osun State.