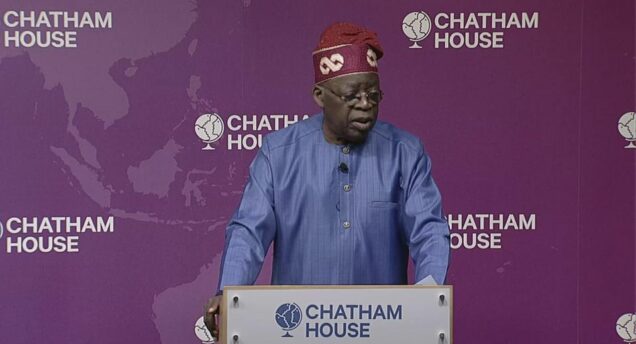 The New Nigeria Peoples Party (NNPP) has called on the Presidential Candidate of the All Progressives Congress (APC), Bola Tinubu, to stop avoiding media debates and town hall meetings organized by some relevant institutions in the country.

The National Chairman of the party, Prof. Rufai Alkali gave the advice on Monday at a news conference in Abuja.

Alkali said that if a presidential candidate engages with Nigerians through town hall meetings and media debates, such action would add value to his campaign or victory.

According to him, if the candidate avoids Nigerians at media debates and town hall meetings, he will meet them at polling units.

Alkali said Tinubu did not also honor the invitation to the conferences organized by the Nigeria Bar Association and Lagos Chambers of Commerce and Industry.

“APC Presidential Candidate Bola Tinubu did not attend the Arise TV debate and Town Hall meeting by the National Peace Accord.

“The only engagement Tinubu had attended with Nigerians was the meetings by the Arewa Consultative Forum and the Christian Association of Nigeria (CAN)”.

The NNPP boss said that the party and its Presidential Candidate, Dr. Rabiu Kwankwaso had devised a new strategy to engage Nigerians to achieve victory during the 2023 general elections.

“We have adopted a new strategy to engage people so that they will now have the feeling that the party respects them, cares for them, and understands their needs.

“So, by the time we ask for votes, they say ah we have seen you before,” he said.

He said that was the reason the forum adopted the PDP Presidential Candidate Atiku Abubakar as the consensus candidate for the North.

“As far as NNPP is concerned, Northern Leaders Consultative Forum (NLCF) is unknown to us. And there was never a time we had any interface with the group,” he said.