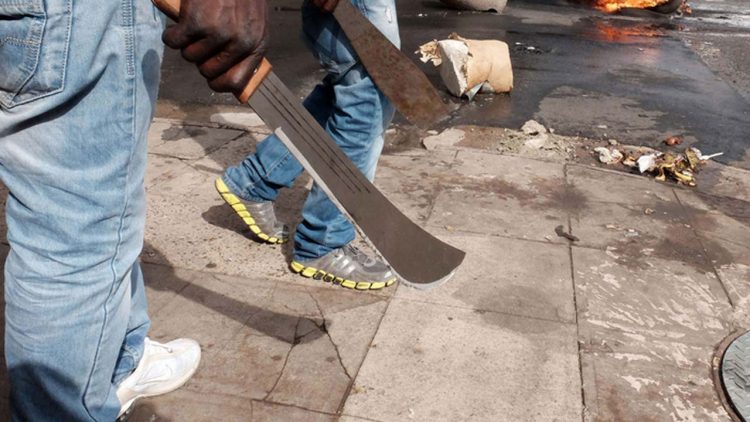 Six youths have been killed in the past one week in Ogwashi-Uku, Aniocha South LGA of Delta in reprisal attacks which followed murder of one Ekene Ekwenuya by suspected members of a cult group in the community over land dispute.

NAN quoted sources as confirming on Tuesday in Ogwashi-Uku that the latest killings were allegedly triggered by the killing of Ekene by a rival cult group over unresolved land issue.

A source said that Ekene was missing for three days without traces before his decomposing remains were discovered and exhumed from a shallow grave in the bush.

“Ekene was killed and buried without anyone being able to trace his whereabouts.

“It was three days later that some youths saw a boy in the community riding Ekene’s missing motorcycle.

“The youths gave the young man a hot chase and succeeded in apprehending him. Upon interrogation, he confessed that Ekene was killed and buried.

“He named three other youths who participated in the killing of Ekene and led community vigilante group to the bush where they buried the victim.

“We later learnt that Ekene’s gang embarked on the reprisal attacks to avenge his killing.

“So far, six youths have been killed in one week,” the source said.

According to the source, following the tension in the community, notable leaders of the cult groups are said to have gone underground for fear of their lives.

When contacted, the spokesperson of the Delta Police Command, DSP Bright Edafe, confirmed the cult killings to NAN on Tuesday in Asaba.

He, however explained that only 3 persons were so far killed in the fracas and was reported at the police division in the community.

The police spokesperson said the police had beefed up security in Ogwashi-Uku to checkmate further spread of the violence.

“We are aware that three persons have been killed so far. We can not confirm any killing that was not reported to the police.

“So far, we have commenced raids of blackspots in the community, with arrest of suspects.

“At the end of the day, those that are innocent will be allowed to go and those found culpable will be charged to court,” Edafe said.