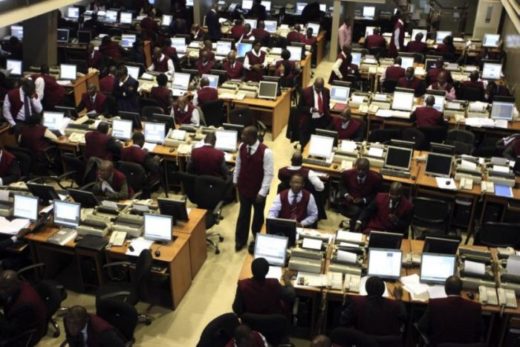 Trading activities on the floor of the Nigerian Exchange Ltd. (NGX) closed on a negative note as market capitalisation was down by N90 billion or 0.31 per cent to close at N28.512 trillion from N28.602 trillion at the previous trading.

The downturn in the performance of the market was as a result of sell-off in Guaranty Trust Holding Company (GTCO), Zenith Bank and FBN Holdings.

As measured by market breadth, market sentiment was negative as 13 stocks gained relative to 19 losers.

Chellarems leads the losers’ table, dropping by 9.7 per cent to N1.21 per share, followed by Prestige Assurance that depreciated by 0.42 per cent to close at N8.70 per share.

In addition, Honeywell Flour down by 6.22 per cent to close trading at N2.26 per share.

Associates Bus Company and RT Briscoe grew by 6.9 per cent each to close at 31k per share respectively.

The trade turnover increased by 27.34 per cent in respect to the previous trading as investors exchanged about 221.85 million units of shares worth N3.25 billion in 5,219 deals.