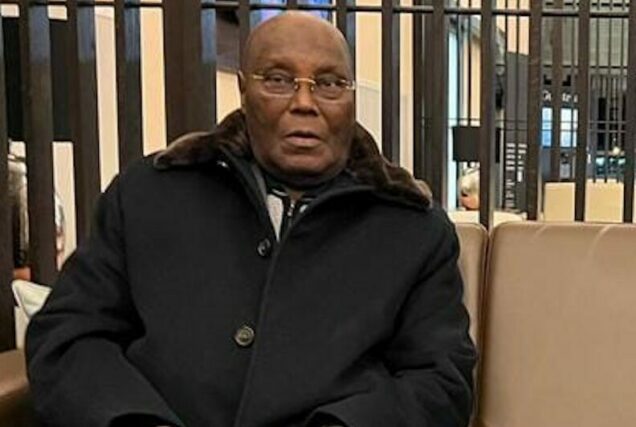 The All Progressives Congress (APC) Presidential Campaign Council has said that Alhaji Atiku Abubakar, the presidential candidate of the Peoples Democratic Party (PDP) lacks the character to be the country’s president.

Mr Bayo Onanuga, Director, Media and Publicity of the APC Presidential Campaign Council (PCC), said this in a statement on Sunday in Abuja.

The statement was the council’s reaction to the latest call by the PDP on the National Drug Law Enforcement Agency (NDLEA) and the EFCC to investigate Asiwaju Bola Tinubu, the APC presidential candidate, over drug trafficking.

The PDP had also alleged that Tinubu, a former two-term Lagos State governor, was involved in illegal drug-related business as recently as 2015.

“It is obvious that the PDP and its presidential candidate, Atiku Abubakar, are yet to recover from the bombshell the APC PCC released last week,” Onanuga said.

The News Agency of Nigeria (NAN) recalls that the APC PCC, at a recent news conference, questioned the morality of Atiku Abubakar to remain in the presidential race, following his alleged damaging self-confession in a leaked audio clip.

The APC at the news conference called on security agencies to arrest, investigate and prosecute Abubakar, a former Vice-President, for running Special Purpose Vehicles used to divert public funds.

“Since the scandal broke out, along with legal action to compel anti-graft agencies to perform their role, Atiku and his party, PDP, have laboured in vain to deflect and cover up with their series of ad hominem arguments.

“Instead of Atiku to apologise to Nigerians for abusing his office and position of trust as vice-president in the past, his spokesmen continue to dig deeper in the hole they already found themselves,” Onanuga said.

He said Atiku and his party were doing this by raising many false allegations against Tinubu.

He added that the latest chapter in Atiku and PDP’s comedy was the rehash of old tales and fables that had no basis in facts and reality against Tinubu.

“Our stand remains that Atiku Abubakar lacks the character to be the president of Nigeria.

“He is unfit to lead our country because he can be an easy target for compromises that will be against national interest,” Onanuga stressed.

According to him, Atiku, in deeds and words, has shown that he cannot be trusted to manage the resources of the country.

“And we believe that the characters who still parade themselves as his spokespersons have lost their minds.

“This is why they think Nigerians can be swayed by all their deliberate falsehoods and the lies they manufacture every day against Tinubu to deceive the public.

“They should instead be remorseful for the legendary corruption of their boss,” he said