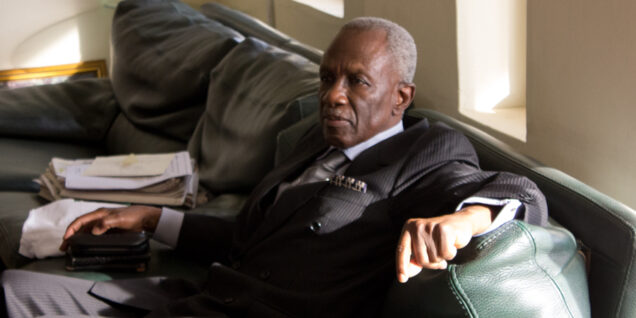 Ex-ICAN President and former governorship aspirant in Lagos State, Bashorun J K Randle has berated the Lagos State Government for inviting President Muhammadu Buhari to launch the Yoruba Cultural Centre which, he said, was built at the site where historical monuments in memory of his father were demolished by the same government some years back.

Chief Randle expressed his displeasure with the development in a statement signed by him and which was forwarded to P.M.NEWS in Lagos on Sunday.

“After ravaging the iconic Chief J K Randle Memorial Hall and the historic Dr J K Randle Swimming Pool at Onikan, Lagos with bulldozers and caterpillars as well as a large contingent of heavily armed policemen (the dreaded SARS), Lagos State Government has callously and wickedly invited President Muhammadu Buhari, GCFR to the crime scene under the pretext of launching a Yoruba Cultural Centre – an enterprise in which the Randle family has no equity,” he lamented.

The patriarch of the popular Randle family in Lagos described the development as “most disturbing, unfortunate and bewildering.”

“The Randle family has been SWINDLED in broad daylight and robbed of its sacrosanct heritage at gunpoint. We are not fooled,” the elder statesman bemoaned.