Over 20 suspects in police custody over Ebonyi killings 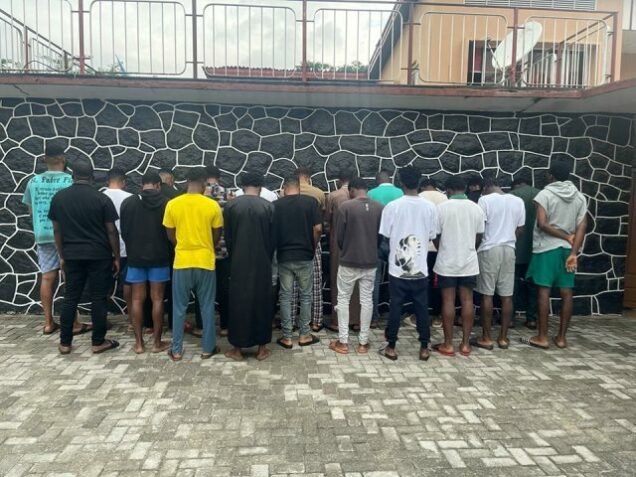 No less than twenty-six suspects have been arrested and detained by the Ebonyi Police Command in connection with the crisis and killings at Ekoli-Edda Community in the Afikpo South Government Area of the state.

Three people were killed in the incident, including Eseni Egwu, a youth leader in the community, Eme Orji, the younger brother of Ebonyi APC Chairman, and a police inspector.

SP Chris Anyanwu, the command’s spokesperson, confirmed the arrests on Monday during a press conference.

He noted that the command also recovered one AK-47 rifle and live ammunition, two pump-action rifles, one Dane gun, and three AK-47 magazines amongst others.

Properties destroyed during the incident include a residential building belonging to Ebonyi APC chairman, Stanley-Okoro Emegha, a Toyota Hilux van and one motorcycle.

Others were a Toyota Sienna space bus, one grocery shop, doors and windows.

Anyanwu explained that out of the suspects so far arrested, 14 persons would be arraigned in court.

“They would be arraigned as prima facie cases of conspiracy, armed robbery, arson, unlawful possession and malicious damage, which have been established against them.

“The command is advising the youth from all communities and clans in Ebonyi to learn positive lessons from the ill-fated incident of Dec. 26 that befell Ekoli-Edda and guard against its replication,” Anyanwu added.