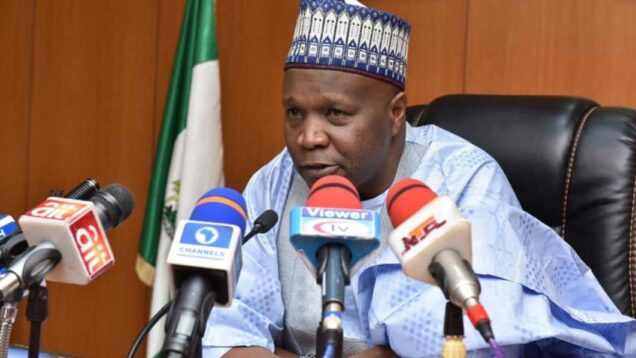 The bid by the Peoples Democratic Party (PDP) to kick Gov. Inuwa Yahaya of Gombe out of the 2023 governorship race over allegation of certificate forgery failed at Federal High Court, Abuja on Tuesday.

PDP has in the suit filed alongside Mr Muhammed Barde and Mr Timothy Danlele asked the court to disqualify Yahaya who is seeking reelection on the platform of All Progressives Congress, APC over allegation of certificate forgery.

They alleged that the certificate submitted by the Governor to the Independent National Electoral Commission, (INEC) to support his bid for re-election was forged.

Delivering judgment, Justice Binta Nyako held that the suit was incompetent because the plaintiffs were only meddlesome interlopers as they lacked the locus standi to institute the suit.

Justice Nyako held that this was so because they were neither members of the APC nor participants in the governorship primary election that produced Yahaya as the APC standard bearer.

The judge said that the court was deprived of jurisdiction to hear the suit since the plaintiffs lacked the legal right to file it in the first instance.

She consequently dismissed the suit and asked all parties to bear their respective costs.

The PDP had filed the suit seeking the disqualification of Yahaya and his Deputy, Jatau Daniel from contesting the governorship election on the grounds of certificate forgery.

The PDP, had in it’s originating summons filed by Mr Johnson Usman , SAN, alleged that Yahaya and Daniel made false claims in the forms EC-9 they submitted to INEC.

The party claimed that making false claims to INEC was a ground for disqualification under Sections 177 (d) and 182 (1) (j) of the 1999 Constitution. (NAN) www.nannews.ng
WS/SH