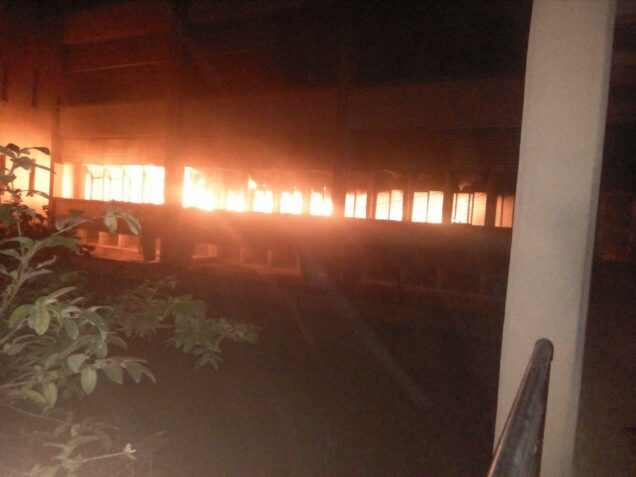 a house on fire just for illustration.

Mr Adeoye Nasir, the operational manager of the Federal Fire Service in Oyo State, described the fire as “massive,” with firefighters battling to put it out.

According to Nasir, the firefighters responded to a distress call around 2:00 a.m.

“Our men and other agencies are still on the ground trying to put off the fire and ensure that it does not get to any of the offices in the company; no casualty recorded,” he said.

As of about 10.30 a.m., firefighters were still battling to put out the fire.

The company’s gates have been locked, with personnel from the Nigeria Police and the Nigeria Security and Civil Defence Corps (NSCDC) providing security.