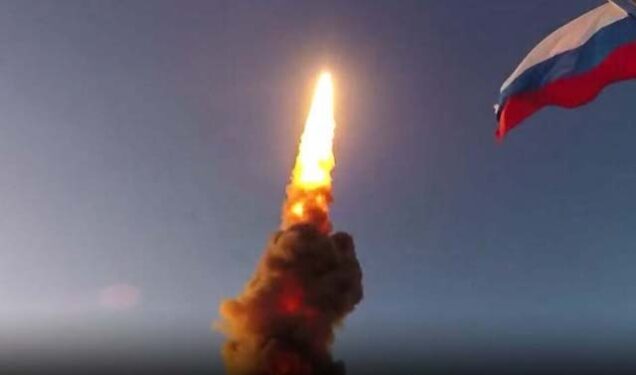 The Russian Navy has successfully tested its new hypersonic Zirkon missile by means of computer simulation during a manoeuvre in the Atlantic Ocean, it announced on Wednesday.

This was carried out during an exercise by the frigate Admiral Gorshkov in the western part of the Atlantic Ocean, the Ministry of Defence said on its Telegram channel.

In a video released by the ministry, Commander Igor Kromal confirmed that the simulation was successful.

The missile itself was not fired at the assumed target, which was 900 kilometres away. The video only showed the missile hatch opening after the firing command.

The missile trajectory was modelled on the screens. The test was justified as a practice run of the actual launch procedures.

The Zirkon is a sea-target missile with a long-range and enormous speed. It is said to be able to accelerate to more than 9,000 km per hour, making it practically unreachable for air defences.

The zircon could also be used to carry a nuclear warhead.

Before his re-election in 2018, Russian President Vladimir Putin had threatened the West with the other three.

It said the Avangard cruise missile, the ground-launched Sarmat missile, and the Kinzhal, were launched from aircraft. The Zirkon was only officially put into service at the beginning of January.

After Admiral Gorshkov, further Russian frigates were to be equipped with the cruise missile.

Wednesday’s announcement came as the West prepared to provide Ukraine with more advanced military hardware, such as German-built Leopard 2 battle tanks, in its fight against Russia’s invasion.