Peace And Joy To The People, My Greatest Achievement, Mimiko 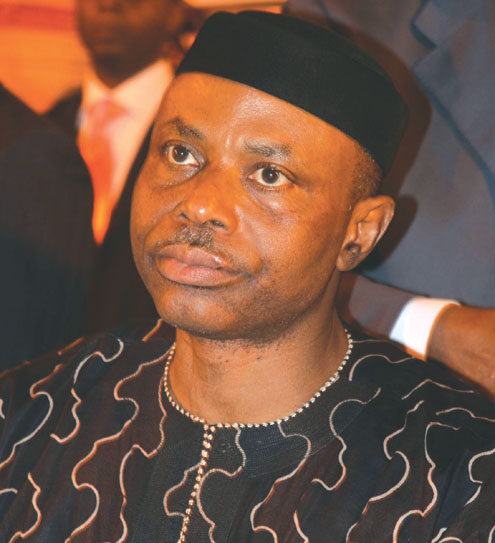 The Ondo Governor, Dr Olusegun Mimiko has described as his administrationâ€™s greatest achievement, within its 15 months in office, the ability to reposition the state and bridge the disconnect between the people and government by bringing peace and joy to them.

Mimiko, who made this disclosure while playing host to participants in the Executive Intelligence Management Course from the Institute for Security Studies (ISS), Abuja, in his office noted that the people of Ondo State are still enthusiastic after one year because there was no disconnect with them adding that â€œan average man on the street knows that we are genuinely working for them.â€

Mimiko further disclosed that the synergy among the various security agencies in taking proactive measures were the baseline for the sustenance of peace in Ondo State in the past fifteen months.

According to him, the first major challenge of his administration in February, 2009 was the task of diffusing the existing tension occasioned by the circumstances of his take over of the reign of power from the Peoples Democratic Party (PDP) then and ensuring peace after a long and tortuous journey through the courts for the retrieval of his mandate.

â€œWe went about the retrieval of our mandate through peace and passive manner in the courts, God brought that desire to fruition, our major challenge was to diffuse tension and ensure peace, we never got involved in any act of vengeance and we have not looked back since then in our commitment to the progress of the state.

â€œIf we really want to develop in this country, democracy must strive; people in government must be accountable to the electorate i.e. electoral reform, the people are tried of brigandage, they deserve the right to freely elect their leaders, there must be feeling of accountability to the people considering the fact that you owe them good governance for their votes.

â€œThe greatest achievement is that we have been able to reposition the state, the people are still enthusiastic after one year because there was no disconnect with them and an average man on the street knows that we are genuinely working for them.

â€œWe have been able to rekindle the hope of the people as our decisions were guided by the interests of the people. Our 3is initiative is primarily to engineer the development of our people at the community level.

Dr. Mimiko, who thanked the security agencies for ensuring peace in Ondo State in the midst of daunting challenges, disclosed that as part of the efforts of the government towards educational development, the National Mathematical Centre Abuja will in few weeks time begin the retraining of Mathematics teachers in Ondo State.

Earlier, the Director of the Institute, Mr. William Akanle said the choice of Ondo State for the tour is in recognition of the impressive development strides of Mimiko government.

He, however, lamented that in spite of the efforts by the judiciary to deepen democracy in Nigeria, the challenge of consolidating our democratic gains remains the task of all stake holders.

Sustenance of Democracy and Developmentâ€™ the Institute was guided by the need to ensure that no effort should be spared towards the sustenance of our democracy and democratic ideals in Nigeria.

â€œThe Institute seeks to ensure that intelligence is accorded top priority in governance. Nigeria cannot afford to be indifferent to happenings around her, therefore we must all be prepared to faithfully champion her cause by ensuring that our democracy works.