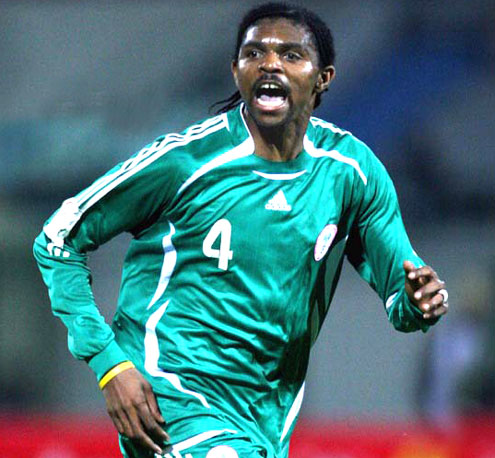 Nigeriaâ€™s Super Eagles have landed in Austria ahead of their international friendly game against the national team of Saudi Arabia tomorrow.

The team left London this morning and are expected to have a training session ahead of of their tune up game, which Technical Adviser Lars Lagerback wants to use to select his 23-man list for the South Africa 2010 World Cup.

Yesterday, defender Danny Shittu spent half an hour training on his own with assistant coach Daniel Amokachi as the Eagles intensified their World Cup preparations in Essex.

Officials told KickOffNigeria.com that the extra training for the Bolton defender was to make up for his lack of playing time at club level.

â€œHe has not been playing for his club so the coach felt that he needed extra training to put him in the right shape.â€

The entire squad arrived in London on Friday afternoon and did some light training that evening.

That was followed by a gruelling three-hour session yesterday, where Lagerback worked with the midfielders and forwards, and Austin Eguavoen handled the defenders.

Prior to the session, Lagerback held a meeting with the players, where he informed them of his preferred formation, tactics and style.

He also presented the players with a grid showing where he wanted each player to play and how, and explained why he felt that position was their best fit.

But he also asked the players to speak up if they felt better suited to a different position.

The team now has a full house, with only Dele Aiyenugba, and John Mikel Obi missing. Aiyenugba will join the team in Austria today after being delayed by visa hitches.