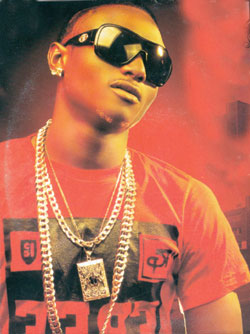 The front man of House of Ginjah and producer-singer, Terry G, was in a party mood early Sunday morning. Why? He was one of the top artistes that shone at the 2010 Hip-hop World Awards.

Terry G won the Best Street Hop award with his song, Free Madness 2, adjudged the most popular in the land for year 2009. And to celebrate the honour, the Iju, Lagos-based producer, together with his crew from the House of Ginjah, stormed Auto Lounge, off Adeola Odeku Street, Victoria Island, Lagos, Nigeria, to end the night.