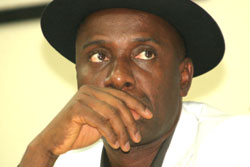 Unidentified gunmen suspected to be armed robbers shot and killed a woman and her police escort who went to withdraw money from a bank in Port Harcourt, South-South Nigeria at about 1 p.m. today.

The incident happened opposite the School of Basic Studies along the recently dualized busy Rumuola road commissioned by President Goodluck Jonathan in the state capital.

The incident caused chaotic traffic gridlock and pandemonium on one of the busiest roads in the state capital for several hours.

It was not clear which of the two branches of the bank the woman and her escort policeman went to withdraw.

P.M.News gathered that the woman who withdrew an undisclosed sum of money may have trailed by the robbers.

Several attempts to get across to Dr. Rita Innoma-Abbey, the Rivers State Command Police Public Relations officer proved abortive at press time. However, there has been huge presence of plain clothes Policemen and security Joint Taskforce at designated exit road junctions.