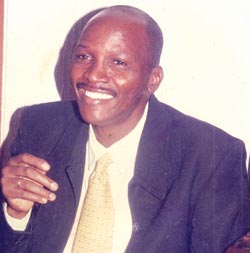 The buzz is all over town and everyone seems to be excited. What is it about?

Well, it is about the gist that award-winning journalist and one of the guys who pioneered modern entertainment reporting, Femi Akintunde-Johnson, is set to launch a new magazine that will change the face of the soft-sell genre.

Popularly called FAJ by pals, the veteran journalist was the first to let the cat out of the bag during the recently held Hip Hop Awards where he spoke after his induction into the Hip Hop Hall of Fame.

He had said â€œI promised my daughter I will surprise those who think I have lost the sparkle and those who say we no longer have street credibility.â€

Although FAJ did not confirm or speak about his new project, a source disclosed that all is now set for the launch ofÂ  the magazine in a very big way.