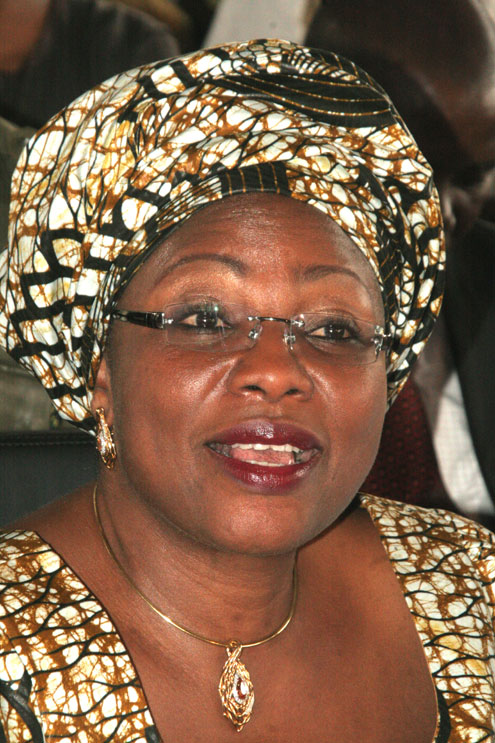 Over 2000 Lagos State pilgrims are set to embark on the holy pilgrimage to Jerusalem, Israel in October.

They have been warned to shun all forms of social vices and be good ambassadors of the state and the country in the holy land.

A one-day seminar was held for the intending pilgrims during the week where they were warned against portraying the state and the nation in bad light.Â The seminar was organised by the Lagos State Christian Pilgrims Board.

Deputy Governor, Princess Sarah Sosan, at the seminar urged the intending pilgrims to take advantage of the exercise and connect with the writings of the holy book, adding that a connection with the Supreme Being was always witnessed when the pilgrims go to Jerusalem with a full grasp of the essence of the exercise.

â€œApart from the spiritual rites that pilgrims are expected to perform in the holy land, a visit to Israel also offers opportunities to learn some lessons from the history and challenges confronting Israel as a country and efforts being made to overcome such challenges,â€ she said.

Commissioner for Home Affairs and Culture, Mr. Babatunde Balogun, was over-joyed that during the last pilgrimage to Jerusalem, no pilgrim eloped as was usually the case.

According to him, the objective of the seminar was to educate intending pilgrims on what their expectation should be and what the state government expected from them during the pilgrimage.

Prelates, Methodist Church Nigeria, Dr.Ola Makinde, at the seminar said that Â effective collaboration between government and religious institutions was critical for the Â nation to conduct free and credible election in 2011.

Makinde also advocated the need for the government to take advantage of the forth coming pilgrimage exercise to seek divine intervention towards achieving a peaceful election.

According to him, â€œI want to appeal to the various states governments to increase the number of pilgrims they intend to sponsor for 2010 pilgrimage, this way we will have more people interceding for the election, and I assure you that if we do that there will be no rigging and the election will be violence free.â€

He faulted the assumption that the Christian pilgrimage exercise to Jerusalem was not mandatory, saying that many pilgrims who embarked on the mission to renew their faith returned as changed persons impacting positive positive values to the community.

He explained that while some see the exercise as an opportunity to embark on holiday or perfect their religious exploitation which they put to practice on their return home, many attended to renew their faith in the Lord which they used to build a better society.

“If the process is to build up Christian, it is important for the government to ensure that those who help in the organisation and planning of pilgrimages are people of strong faith.â€ Â  He stressed that the pilgrimage exercise must be well arranged while those who lead the pilgrims must be clergy of tested and trusted character and advised religious leaders to assist government by ensuring that Â people they endorsed Â their forms were not known to be with dubious character or undertaking the journey as a mere visit.