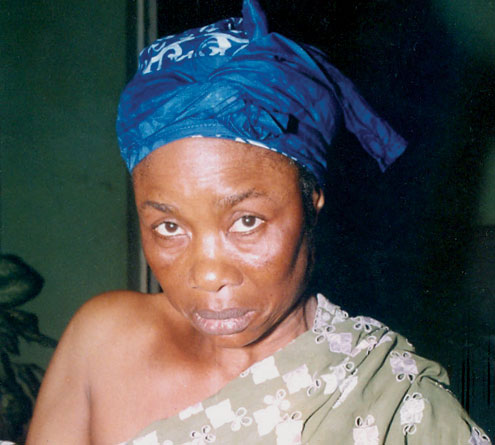 Veteran actress, Toun Oni, who died on Wednesday in Lagos will be buried on July 15, her eldest daughter, Omolabake, said on Thursday.

Toun, who starred as Mama T in the popular television drama “Fuji House of Commotionâ€™â€™ was aged 72.

“We have just had a family meeting and have decided to give her a befitting burial next Thursday.

“Her exit remains a permanent loss to every member of the family but we cannot question God as she lived a glorious life,â€™â€™ Omolabake told the News Agency of Nigeria (NAN) in Lagos.

Meanwhile, a condolence register has been opened in her family house at 96, Brick Field St., Ebute Meta, Lagos.

Members of the cast of Â “Fuji House of Commotion” are paying tribute to Mama T, who was also a dancer and vocalist.

Mama Tâ€™s husband in the drama series, Mr Kunle Bamtefa (Chief Fuji), said that her death was painful and a big loss.

Bamtefa told NAN on Thursday in Lagos that Oni was a thorough professional.

He said that the actress would be remembered for her care and willingness to render help.

“I have known her since 1973, and since then, we have remained quite close.

“We have worked together on stage and have stuck together like a family; that is why I am still finding it difficult to come to terms with her death,â€ he said.

Bamtefa said that the entire cast of the Fuji House of Commotion would miss Oni.

Another member of the cast, Mr Victor Eze (Alika), described Oniâ€™s exit as a vacuum that would be hard to fill.

“She assumed dual roles by being the mother in the house and a mother among the cast.

“She was a source of inspiration to many people who had the opportunity of meeting her, including myself,â€ Eze said.

He noted that Oniâ€™s professionalism earned her the national honour of Officer of the Order of the Niger (OON).

Mr Jude Orhora, also a cast in â€œFuji House of Commotionâ€, said that Oni positively affected the lives of all the members of the cast and crew of the drama.

“Right now, I am at a loss as to what to say because she was like a mother to me; but we cannot question God.

“We pray God to give her family the fortitude to bear the loss.