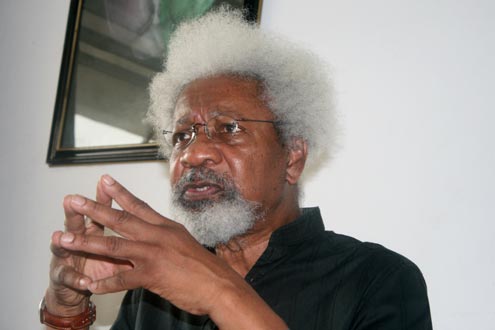 According to the Director of the group, Professor Segun Ojewuyi, the plays will be staged at 6 p.m today and tomorrow at the Muson Centre, Onikan, Lags, Nigeria. The title of the play is Preemptive.

He said Seven, another play, will be staged at the National Arts Theatre, Iganmu, Lagos on Friday.

While Preemptive was written by Niyi Coker and revolves around a young couple, Seven is a play about seven generations of women who lived the kind of life Soyinka lives, that of activism and service to humanity. Several stars such as Joke Jacobs, Tunde Kelani, Ben tomoloju, Richard Mofe-Damijo, Olu Jacobs, Sola Fosudo, Hafiz Oyetoro are expected at the event.

Ojewuyi also revealed that the group will organise a workshop to be attended by the National Troupe, adding that the group started the celebration of Soyinka at 76 in the Caribbean and later moved to London and are now in Nigeria for month-long activities.

He said the plays are being staged to advance the cause Soyinka had fought for and to also promote literature as part of cultural exchange.