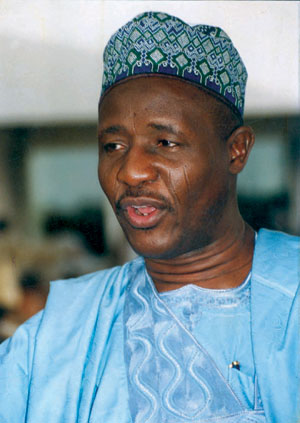 Former Chairman of the Nigeria Football Association, NFA, Alhaji Ibrahim Galadima has predicted a woeful outing for Team Nigeria in the 2010 Commonwealth Games holding in New Delhi, India in October.

Galadima hinged his prediction on poor preparation of the countryâ€™s athletes with less than three months to the competition and the crisis rocking the Nigeria Olympic Commission, NOC.

While speaking on Brila F.M. early today, the Kano-born football administrator said that there is no way the country would have a good outing in New Delhi 2010 with the lackadaisical attitude of the sports authorities to the preparation of athletes for the tournament. He noted that by now preparation should have been in top gear with athletes undergoing serious training sessions ahead of the Commonwealth Games in India.

Galadima wondered how the statutory body saddled with the responsibility of preparing the athletes for the Games, the NOC, which is enmeshed in crisis, can take Nigeria to a good outing in India.

Galadima, who was a member of the reconciliatory committee appointed to resolve the election crisis that bedevilled the NOC said: â€œFew months to the Commonwealth Games, we still have crisis in the NOC and the athletes are not preparing well for the Games, I donâ€™t think we’ll have it well in India,â€ he said.