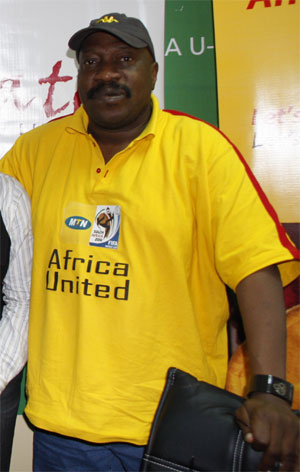 Super Sports United of South Africa, FC Utrecht of Holland and Liberty Football Club of Ghana will hit Lagos on 1 August, 2010 for the annual U-17 Lagos International Youth Cup Championship.

The tourney will hold between 1-8 August.Â  According to Godson Uti,Â  a member of the organising committee, Super Sport and FC Utrecht will join Lagos United of Nigeria in the tournament, which willÂ  be played at Teslim Balogun Stadium, Surulere, Lagos, Nigeria.

He disclosed that the teams are expected to arrive Lagos on 1 August and depart 8 August. He also revealed that the tourney will be played in the round robin format with matches played on 3, 5, and 7 August, with two matches per day. Kick off time on each day is 4p.m.

Uti stated that students in school uniform who arrive the stadium before 3p.m. wonâ€™t pay gate fee, while other spectators are expected to watch the matches for a token N100 fee for Category One, which is the popular stand.Â  Category Two will cost N200. Â  He told P.M.Sports that all the invited teams have confirmed their participation in the tournament, which is aimed at developing budding talents and empowering the youths to develop their potential to the fullest.

The tournament, which is the brainchild of the state government through the Ministry of Youth, Sports and Social Development, will not end on the field of play, as plans have been concluded to take the young players to historical and tourist sites in the state.