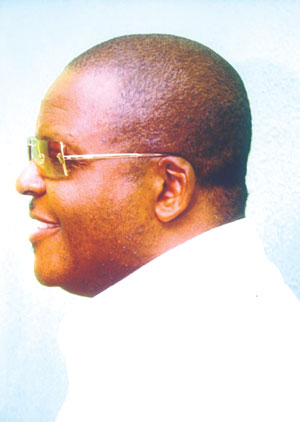 Afro Juju music creator, Sir Shina Peters, is set to embark on a four-month musical tour of the United States of America, among other places abroad.

It was gathered that SSP, as he is popularly called, will leave the country after honouring a frontline politician in Ifako-Ijaye Local Government Area of Lagos State, Mr. Oloruntoba Oke in Ibadan, the Oyo State capital, where he has been billed to perform at the funeral ceremony of the late Primate Samuel Kehinde Oke, Toba’s father, on Saturday, 24 July.Â  The event takes place at the IbadanÂ  Recreation Club in the acient city.

After the event, the musician will participate in the shooting of a documentary for promoting Hennessey drink in Nigeria before embarking on the proposed tour.

SSP told P.M. Entertainment that he will not return to Nigeria until 11 September, when he is scheduled to play at a party organised by the Oniru Family in honour of Prince Ademolaâ€™s mom and later return to the US and also play in Birmingham, Greece before returning to Nigeria to prepare for the country’s 50th Independence anniversary celebration organised by the Ministry of Tourism.

Although he said he is excited about the tour, he added that he will miss his fans in Nigeria.