Nothing Is Happening In Nigerian Tennis â€”Onibokun 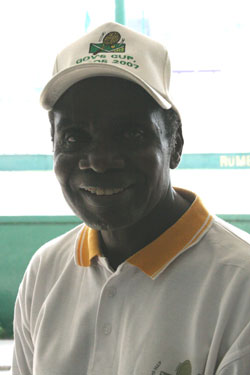 Former Nigerian international, Thompson Onibokun, has described the situation in Nigerian tennis in the second quarter of 2010 as not encouraging.

While assessing the performance of the sport between January and June this year, Onibokun said Nigerian tennis is not as coordinated as stakeholders in the game want it to be.

According to him, the situation in the sport is up and down with nothing to show in the middle of year 2010.

â€œThere is no doubt that we still have a lot of work to do. Programme for the junior players has to be intensified. There must be training for the players because they are the future of Nigerian tennis,â€ he said.

â€œAt the senior level, thank goodness we have talents only that they are still far behind. We have players like Sunday Emmanuel, Henry Atseye, Shehu Lawal, Abdulmumini Babalola and Candy Idoko. These players must be exposed. There is no way they can reach the peak of their careers without playing circuits and move around the world. If these are not done, Iâ€™m afraid the future looks bleak not only for the players but the game in general.

â€œI also want to recommend a good programme for the coaches at the national and the state levels. Itâ€™s unfortunate that nothing is happening in the states now. The courts in some of the states have been overgrown by weeds. This is not good at all. I think it is high time we as stakeholders in the game rethink of how best we can join hands to positively develop Nigerian tennis,â€ he said.