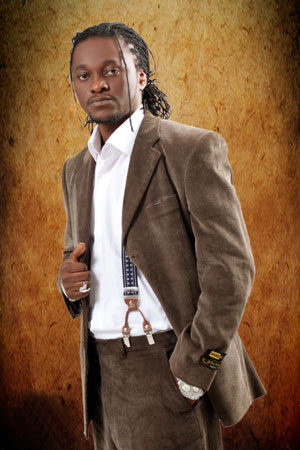 Shortly after his arrival from a musical tour of Switzerland and South Africa, popular singer and Chief Executive Officer of Samba Unit Records, Charles Adedeji, a.k.a. Flex, has escaped an assassination attack.

Flex escaped the attack by the whiskers over the weekend on his way home from one of his studios in UNILAG, where he had gone to record the album of Ernest Asuzu, one of the artistes on his label.

He was allegedly attacked at about 11.30 p.m. on the Third Mainland Bridge by two guys and a lady carrying AK 47 rifle.

The dreadlocked entertainer screamed that if not for the intervention of God, he would have been dead by now.

According to him, â€œthe whole thing was just like a film trick to me. It looked like one of the scenes in those American films. I couldnâ€™t actually comprehend the fact that it wasnâ€™t a dream, but I thank God for His grace.â€

Continuing, Flex, who had since gone into hiding, said â€œthe only thing I noticed was that their vehicle had been trailing me and one of them was actually waving at me, while I also waved back, thinking that they are my fans. But to my utmost surprise, as I approached the bridge, they crossed me with their car and immediately I saw the lady among them raising the rifle, it dawned on me that they were not my fans, so I reversed my vehicle with speed while they did the same.

â€œThe James Bond-like race continued for almost a minute before I changed gear and drove off. Because the car I was driving was the latest Lincoln Navigator brand, they could not catch up with me. I just thank God for saving me.â€

In the words of Red Eye, another artiste on Samba Records, â€œthe tension here is high now because this is actually the third time that one of us is experiencing such incident. It is unfortunate because we canâ€™t imagine why anybody will be after us.â€