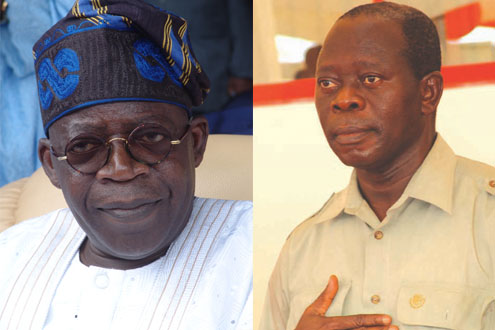 Speaking at the well attended Convention that attracted delegates from all parts of the country held at the Blue Roof Hall of Lagos Television, Agidingbi, Ikeja, Fashola called on the Independent National Electrical Commission (INEC) to ensure that all its officials who presided over past elections that have been nullified should not be allowed to preside over any subsequent elections but should be brought to justice.

He noted that in the countryâ€™s 50 years of nationhood, different types of probes have been carried but regrettably none has ever been instituted to probe electoral malpractices, adding that Nigerians should ask questions about how past elections have been conducted.

Governor Fashola urged everyone to stand up now and be a part of the change process for Nigeria, adding that the attitude of being unconcerned would not yield the desired positive change.

He charged all to ensure that irrespective of where they are in the country, they should join the Action Congress of Nigeira (CAN) in their respective states so that they can become a part of the party of change.

While describing the convention as a new beginning for all Nigerians, Governor Fashola added that the AC changed its name and symbol to herald the hope of Nigerians that the country will never be the same again.

In his solidarity message, Governor Adams Oshiomhole aligned with the position of Governor Fashola that all INEC officials who have presided over election rigging should have no business with the conduct of elections anymore, saying the nation must have a clean sweep.

Governor Oshiomhole reiterated that the convention represented a unique opportunity to renew the Nigerian agenda, adding that every Nigerian must be ready to adopt the agenda to change.

Said he: “We must be ready to move from party-based politics which is all about sharing to the one that emphasizes the creation of wealth. We must move from mentality that public office is about self but about the people.

“We should move away from the regime that wishes our problems away by lamenting, but be ready to drive the changes that we desire. We must however ensure that the process of change is clear and well defined.”

Former Governor Asiwaju Bola Ahmed Tinubu while speaking urged members of the Action Congress of Nigeria to brace up and be ready to fight for power because it would not be served on a platter of gold.

He said those in the ruling party would not be ready to surrender power easily, in addition to the country having an imperial National Assembly which is seeking to enslave Nigerians by its latest pronouncements.

He urged party members to eschew violence or infighting among themselves, saying that the party leadership would ensure that the forthcoming registration of party members is made very transparent by allowing every interested member to register on-line.

Also addressing the gathering, former Governor of Anambra State, Dr Chris Ngige said the Action Congress of Nigeria has demonstrated what it wants the nation to be in terms of the transformation it has brought about in Lagos and Edo States.

He said it is very laughable that daily the mass media is inundated with stories of one politician or the other decamping to the ruling party, saying: “they are people looking for what to eat. They are man must wack people”.

Governor Ngige said the ruling party plans to make Nigeria a one party state, emphasizing that the move would be resisted by the ACN which would field candidates for all elective positions in the forthcoming general elections.

While giving an account of his stewardship since he was elected as the partyâ€™s National Chairman, Chief Bisi Akande said the party despite being ruthlessly rigged out of the 2007 elections still performed creditably.

He urged Nigerians in all professional fields to feel free to join the Action Congress of Nigeria (ACN) which has provided a credible platform to ensure that the much talked about generational shift is made possible.

Also speaking, the partyâ€™s national secretary, Dr Usman Bugaje said the CAN intends to create a platform that can challenge the Peoples Democratic Party in 2011 elections as the Action Congress of Nigeria represents the only opposition party still standing on its two feet.

He added that it is the responsibility of the people to come together and salvage democracy as it is not possible to fix the country without first fixing the party which could only be possible when the right personalities are injected.

Among the amendments effected at the convention were a change of the partyâ€™s motto, slogan, symbol and flag.

Also present at the non- elective convention were observers from the Independent National Electoral Commission, Deputy Governor of Lagos State , Princess Sarah Adebisi Sosan, members of the State Executive Council, members of the National Assembly and many aspirants on the platform of the party at all levels.