Jonathan, Obasanjo Advised Ndi Okereke-Onyiuke To Resign Before She Was Sacked 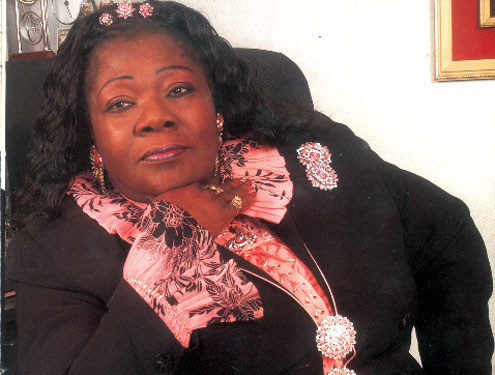 More facts have emerged on why the sacked Director-General of the Nigerian Stock Exchange (NSE), Dr. Ndi Okereke-Onyiuke was ignobly removed from office.

She was said to have rebuffed the advice of both President Goodluck Jonathan and former President, Olusegun Obasanjo to resign her appointment after billionaire businessman, Aliko Dangote sent a petition to the Securities and Exchange Commission alleging financial infraction against her. She had run to the two men to intervene on her behalf.

The sacked Director-General, according to sources close to her, is currently running from pillar to post to regain her exalted position.

Besides the law suit of N3 billion against the Securities and Exchange Commission (SEC), challenging her removal, she is also said to have embarked on intense lobbying to make the capital market regulator rescind its decision.

Okereke-Onyiuke had approached Jonathan first, but was shocked to be told it would be impossible for her to keep her job. She was given the option to resign.

She then ran to Obasanjo, her mentor. But the former president was angry to learn from her, she had first approached Jonathan. So he simply gave her the same option: resignation.

The troubled former NSE Director-General was also seen on the camp ground of the Redeemed Church of God and was understood to have met with Pastor Enoch Adeboye for prayers to keep her job.