Wrestlers Boast Ahead Of BRF Wrestlemania 2010 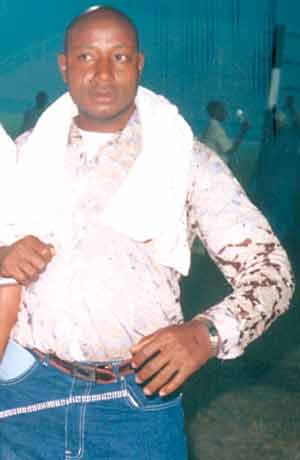 Local wrestlers have continued to boast ahead of the international wrestling championship tagged BRF Wrestlemania 2010 coming up in Lagos, Nigeria, next month.

While the Local Organising Committee, LOC, of the tourney has been working to ensure a hitch free competition, Nigerian wrestlers who will take part in the weeklong tourney, which is being organised to honour Lagos State Governor, Babatunde Raji Fashola for his contribution to sports development in the country, have been talking tough. They boasted that they are battle ready for their foreign counterparts coming for the event.

One of the wrestlers, Hammed Olanrewaju Mohammed, whose ring name is Prince H.O., told P.M.Sports at the Teslim Balogun Stadium, Surulere, Lagos, that though the tourney will be keenly contested for, he is sure of winning the cruiserweight category under which he will be contesting.

Speaking about his preparation ahead of the tourney, Prince H.O., former Nigeria Wrestling Federation, NWF, cruiserweight champion (1994-96 and98) said: â€œThere is no doubt the fact that the foreigner wrestlers coming for the competition will give the local wrestlers a good run for their money. But I have been preparing hard. Iâ€™m planning to embark on two weeks training tour that will take me to Cape Town in South Africa and Berlin, Germany. I learnt how the foreigners have been training for this competition, so one should not take chances especially when the championship will be heldÂ  in Nigeria. It will be a tug of war but Iâ€™m ready.â€

Prince H.O, who won the West African Light Heavyweight belt and the Afro/Asian tourney in November 2002, said he was glad that the BRF Wrestlemania 2010 is coming at a time wrestling is at its lowest ebb in the country.