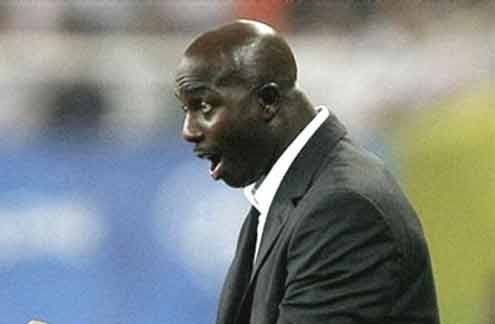 There are indications that Nigeria Football Federation, NFF and Samson Siasia have settled the thorny issue that is preventing the former Nigerian international from sealing a deal to take over the Super Eaglesâ€™ job.

Acting chairman of the FAâ€™s Technical Committee, Dominic Iorfa revealed early today that his committee has agreed a monthly salary of $50,000 (N7.5m) for Siasia, an improvement from the widely publicized N5m, which the former U-23 Eagles coach reported to have turned down.

Iorfa said on Brila FM early today that though the Beijing 2008 Olympics silver medal winning coach is still insisting on $100,000 a month salary, his committee and the coach have agreed in principle on $50,000, which he believes is good enough for Siasia to take up the job.

â€œThe Technical Committee of the NFF has agreed a monthly pay of $50,000 for Siasia, which is subject to the ratification of the new board of the FA. During our discussion with Siasia, he was insisting on his earlier stand on $100,000, but he has accepted our proposal of $50,000 in principle, which to me is good especially when he told us that the job is a national calling for him.

â€œThe board of the NFF has final say on anything we agreed upon and I believe that as soon as the new board is in place, it will deliberate and seal the deal. I think everything is on course for us to get the best for Nigeria,â€ said Iorfa.

P.M.NEWS learnt the NFF will give Siasia the chance to pick his assistants, have good accommodationÂ  and a chaffeur-driven car in Abuja as the FA usually does for the foreign technical advisers employed for the senior national team.

The latest development has paved way for Siasia to achieve his ambtition of handling the Eagles, a calling that is widely supported by the majority of soccer loving Nigerians who believe the current coach of Heartland of Owerriâ€™s tactician has the magic wand to turn around the dwindling fortunes of the Eagles.

The team disappointed the country at the South Africa 2010 FIFA World Cup with their poor outing. They crashed out of the world tournament in the first round without winning a match.