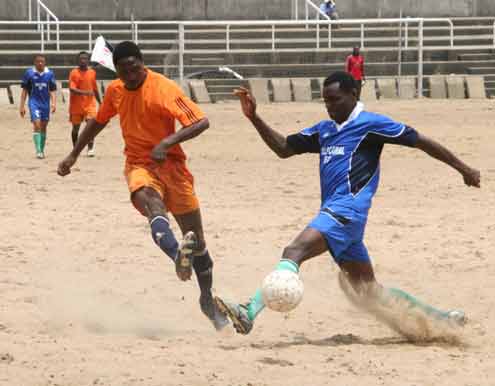 Sixteen teams across Lagos State are expected to take part in the inaugural edition of BilvicÂ  Soccer Fiesta scheduled to kick off on 27 September at CMS Primary School, Bariga, Lagos.

John said Bariga has a number of football clubs and academies and it will not be good if theÂ  association fails to organise competitions at least once in a month for clubs in the area.

â€˜We need to keep our youth busy because we donâ€™t want them to get involved in social vices thatÂ  can ruin their careers. This competition will help the clubs prepare better ahead of highÂ  competitions,â€™ he said

John expressed gratitude to the sponsor for promising to reward the winners with cash prizes.Â  According to him, the club that finish in the first position will go home with the sum ofÂ Â  N500,000, the second will go home with N250,000, while clubs that finishÂ  third and fourthÂ  positions willÂ  get N150,000 and N100,000 respectively.

Meanwhile, the Cordinator of the tourney, Waheed Adekunle, has informed GSG that some clubsÂ  have submitted their registration forms, while urging other clubs to also get theirs in goodÂ  time.

He said the form will close next Friday and there would be no room for late registration.