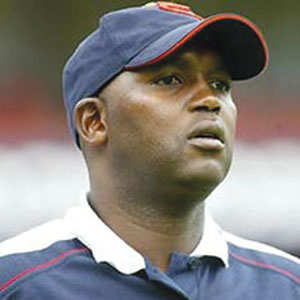 Niger coach Harowna Doulla admits his team were outclassed following their 2-0 loss to SouthÂ  Africa in a 2012 AFCON qualifier on Saturday.

Bafana Bafana eased to victory at Nelspruitâ€™s Mbombela Stadium thanks to goals by KatlegoÂ  Mphela (12) and Bernard Parker (48).

â€œBafana Bafana were too good for us. The intention from our side was to make sure thatÂ  Bafana donâ€™t score against us and we were hoping to surprise them but they were too good,â€Â  said Doulla.

â€œI think playing in the World Cup did South Africa a lot of good and perhaps weÂ  underestimated that. We struggled to put a team together, but South Africa are showing someÂ  continuation.â€

Doulla further revealed his reasons for using a defensive 4-5-1 formation on the night.

â€œWe wanted to make sure that the Bafana strikers were frustrated while we searched for aÂ  surprise goal but the number 17 (Mphela) was a lot of trouble for us, because he is too fastÂ  and strong on the ball,â€ he said.

â€œThe South African players are very skilful and you could see that we were outplayed inÂ  midfield, because they are just skilful.

â€œI have to say that South Africa played well in this match and deserved to win. We triedÂ  everything, like changing the tactics in the second half, but they were too good,â€ DoullaÂ  concluded.