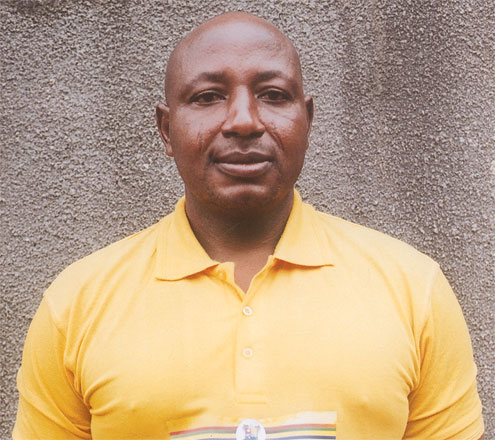 Prince Hameed Olanrewaju Mohammed (Prince H.O.), one of the Nigeriaâ€™s wrestlers who willÂ  feature in the forthcoming BRF Wrestlemania 2010, is set to go on training tour of GermanyÂ  and South Africa.

The intercontinental wrestling tournament, which will hold in Lagos, Nigeria, next month, isÂ  being organised to honour Governor Babatunde Raji Fashola for his contribution to sportsÂ  development in the country.

Prince H.O. told P.M.Sports in a chat at the Teslim Balogun Stadium, Surulere, Lagos that heÂ  will be going on tour of Berlin, Germany and Cape Town in South Africa as soon as his travelÂ  documents are ready.

According to Prince H.O., who will be contesting for a cruiserweight title in theÂ  championship, he needs to prepare hard for the competition, which will draw internationalÂ  wrestlers from countries across Africa, Europe, America, Asia and Australia.

â€œIâ€™ve been training on my own for sometime now and with a few weeks to the tournament, IÂ  decided to go on a two-week training tour of Berlin and Cape Town. This becomes necessary inÂ  order to expose myself to environments outside my country. It is my belief that this willÂ  help my build up to the competition,â€ said Prince H.O, who won the West African LightÂ  Heavyweight belt and the Afro/Asian tourney in November 2002.

Meanwhile, P.M.Sports reliably gathered that foreign wrestlers coming for the BRFÂ  Wrestlemania 2010 have chosen their camp site ahead of the tourney. Wrestlers from CongoÂ  Brazaville, Congo DRÂ  and Central Africa have chosen Cameroon, while those from Angola,Â  Zimbabwe and Libya have chosen Cape Town, South Africa.

Wrestlers from Australia will join their colleagues from Germany to camp in Berlin, whileÂ  Scotland, Spain, Belgium and England based wrestlers will camp in Liverpool before movingÂ  down to Lagos for the tournament.

The Local Organising Committee, LOC, headed by Primate Charles Odugbesi, is working roundÂ  the clock to ensure that not only the tourney is successfully held, but the local andÂ  foreign wrestlers enjoy themselves during the weeklong tournament.

â€œWeâ€™ll leave nothing to chance to ensure that we organise a befitting tournament to honourÂ  the sports loving Governor of Lagos State, Raji Fashola. We have inaugurated some subÂ  committees to take care of some aspects of the organisation of the tourney,â€ said Hon.Â  Bankole, secretary of the LOC.